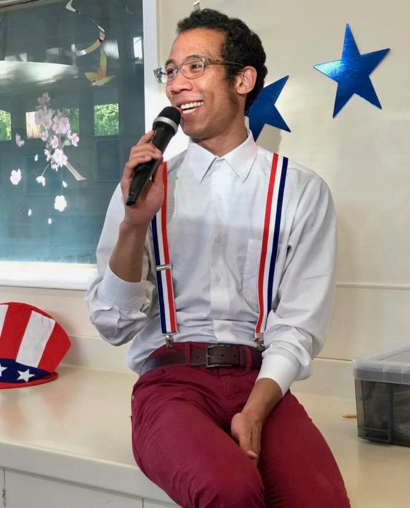 “Unmasking Teen Mental Health” is the topic of a community event on April 22 from 6:00 to 8:00 pm at Trinity Church in Menlo Park.

“Around the same time my colleague, the Rev. Elizabeth Riley, presented the idea of a mental health-related event thinking I might be interested in having youth involved. So many things coming together and the recent history of suicides in our neighboring communities made it beyond clear that this was the time and the way for Trinity to respond to this issue.”

The evening includes a screening of the short film, Unmasked, produced by Palo Alto and Gunn High School students and described as a fictionalized account of how a young person and his/her community struggles with the issue of suicide.

A panel of experts representing youth, parents and professionals from the nonprofit, clinical, and academic worlds will follow the film by answering questions with a specific focus on how to recognize the signs of mental illness in youth and how to respond.

Panelists include Lesley Martin, founder of SafeSpace; Islam Hassanein, a program manager at the Crisis Intervention & Suicide Prevention Center, StarVista; Erik Burmeister, Superintendent of the Menlo Park City School District, and Patricia Way, a parent of someone with serious mental illness who is involved locally with the National Alliance on Mental Illness (NAMI).

Nadia Ghaffair, a senior at Los Altos High School and the founder of the nonprofit TeenzTalk.

The night will end with a resource fair where attendees can interact with panelists along with other organizations that will be present.

Trinity is located at 330 Ravenswood Avenue in Menlo Park. The event is free but registration is encouraged.