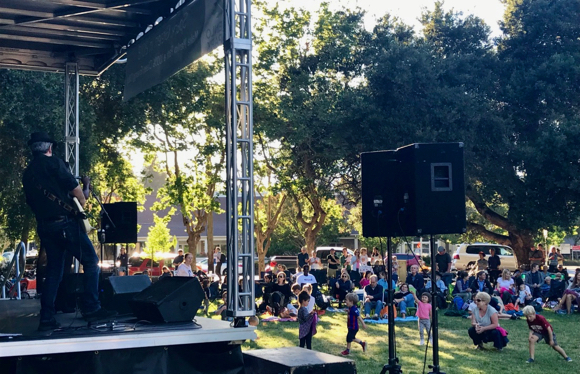 With summer arriving, many Menlo Park residents will travel to Fremont Park for the Summer Concert Series on Wednesday evenings. This event is popular, and my wife and I thoroughly enjoy attending. But I have a major concern about Fremont Park and other popular parks in the city.

The issue: Numerous parks have no public rest rooms.

At a public gathering some months ago, I had an opportunity to meet one of our elected officials. I brought up my concern about the lack of restrooms at city-managed parks. The official agreed that it was a problem, but stated that neighbors, especially in Sharon Heights, were very much against restrooms at their parks.

When I mentioned the Summer Concert Series and the lack of restroom facilities for these events, I got an interesting response. The official stated that Fremont Park did not really need restrooms because they were available at Draeger’s and Peet’s Coffee.

I am not sure those two local businesses would appreciate the “restroom traffic” during the Summer Concert Series. What might make sense is a nice portable restroom trailer brought in for the Series. It could remained locked during normal “non-event” times in order to prevent overuse or misuse.

I am confident that a corporate sponsor could be found to cover the expense.

Editor’s note: Restrooms are set to debut at Jack Lyle Park on Middle Avenue in early 2019.

Author Dennis Nugent grew up in Menlo Park and returned first in the 90s and more recently four years ago.

I think it is a very good idea. The locked portables are much easier to control than open restrooms.