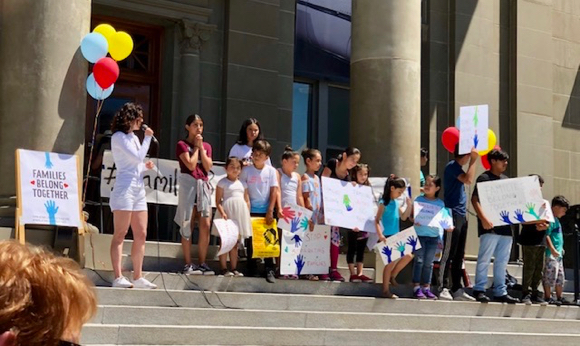 Menlo Park resident Charlotte Willner, who along with her husband Dave, launched a fundraiser on Facebook that has raised $20 million to support migrant families at the U.S.-Mexico border spoke at the Families Belong Together rally at Courthouse Square in Redwood City this morning 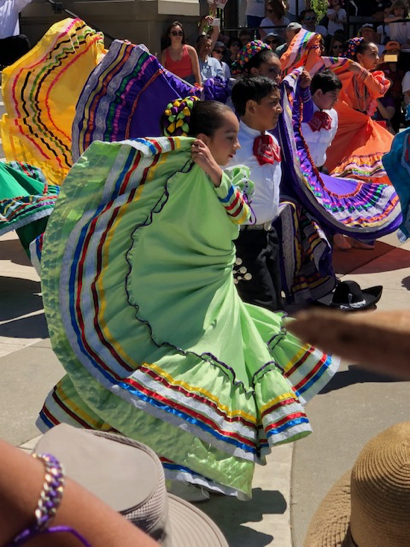 Reports another Menlo resident, Robin Tobias, who emailed photographs to InMenlo: “I’d esimate there were about 3,000 people in attendance. In addition to the Willners, Congresswoman Anna Eshoo spoke about her experience in Texas.”

“Press reports indicate as many as 2,500 children have been separated from their parents, however HHS, has not been forthcoming about where and in what conditions the children are being housed, and how the Administration plans to reunite them with their families,” Eshoo wrote in a letter Department of Health and Human Services (HHS) Secretary Alex Azar.

Today’s rally was held in solidarity with the national Families Belong Together Day of Action. A group of Hispanic dancer entertained attendees.