Editor’s note: This is one in an occasional series spotlighting special features of local restaurants that may not be obvious or well-known.

As part of Left Bank Menlo Park’s 20th anniversary celebration, the restaurant is serving Sunday Suppers now through the end of September. The suppers are particularly attractive when dining outdoors on warm summer evenings. 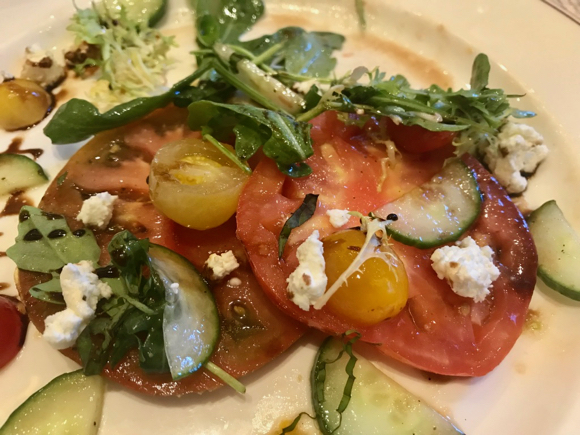 The suppers are served family style. The July menu was being served the night we visited. It began with an Heirloom Cucumber Salad (pictured) followed by Heirloom Tomato Tartine. The tomatoes were all peak-of-the-season tasty.

The entree was a Braised Lamb Shank with enough tender meat for two, followed by a Berry Cobbler for dessert.

Menus for August and September are available online.