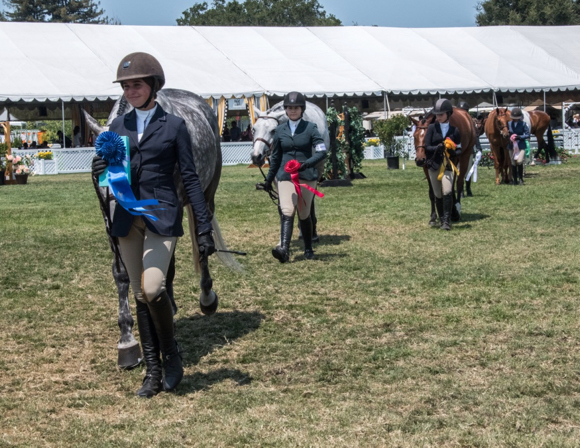 After six days of competition, the 49th annual Menlo Charity Horse Show wrapped up yesterday. InMenlo contributing photographer Robb Most, who himself competed in the show in the amateur adult hunter jumper class some years ago, sauntered over to capture some of the action — and activity — over the weekend. 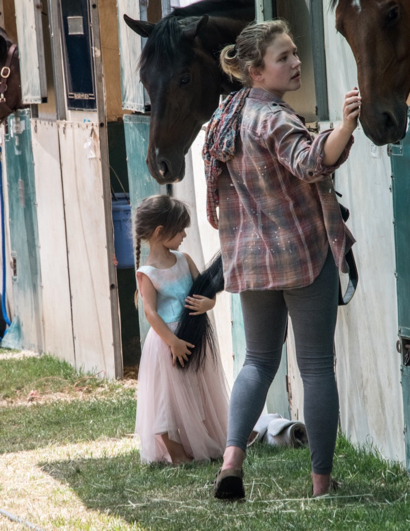 On Sunday, the competition between the 16 riders in the $2,500 Strideaway/Peterson 3’6” Junior Hunter Classic in the Grass Hunter Ring was between some of the strongest junior riders in California. In the end, it would be Brooke Morin and Glen Haven Farm’s Call Me Maybe taking a victory gallop after two hotly contested rounds. Naomi Rubin and Bunistar followed on their heels to take second and Violet Lindemann Barnett and Coronation took home third.

“Call Me Maybe is owned by Mark Miness, a friend of my Moms, and this is my first week riding her,” said Brooke. “Mark showed her last week but could not ride at MCHS, so he asked me to ride her. I love her; she is really nice. I thought I could have done a few things in the class a bit better so I am very happy with the win.” 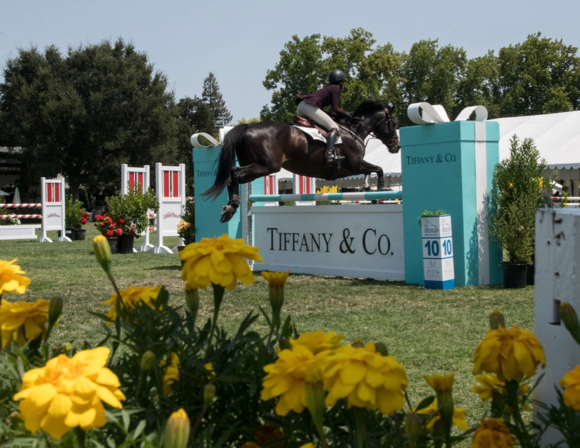 Nancy Hey of Strideaway Farms,  Erin Peterson and her mother Ann Peterson sponsor the 3’6” Junior Hunter Classic. The show has great significance to Nancy as she is legally blind and the funds raised support Vista Center for the Blind and Visually Impaired.

Some other highlights and comments about this year’s show:

On Friday night, Carly Anthony and The Flying Ham (owned by Signe Ostby) negotiated the fastest route to win the $10,000 Rhys Vineyards Ryman Memorial Speed Class by just over one second.

Betsy Glikbarg, MCHS Founder talked about the very special equestrian that the class honors: “Gary Ryman was a trainer at Menlo Circus Club for several years and everybody loved him. He met a very unfortunate and sudden death; all his followers were greatly saddened at the loss. He was an exceptional Hunter and Jumper rider with Olympic aspirations.”

Saturday’s highlight was the Stephen Silver $40,000 Grand Prix. The challenging seven fences took riders through a long gallop to a figure eight and a final gallop to the finish. The jump off was all about risk and speed.

Out of the 10 clear first rounds going through to the jump off, Taylor Siebel put the pedal to the metal and took home the first place with Fellini 131 and second with Evidence, both horses owned by Mountain Home Stables. 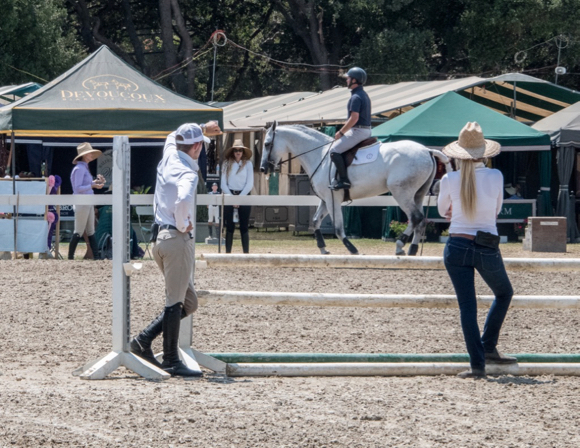 “I am from Woodside and Menlo Charity Horse Show is my home event I am so I am very excited,” Taylor said. “When I walked the course it looked like a fun course, and I was looking forward to jumping it. My horses and I have had a great year together so I was going into the ring feeling really confident and it all turned out well. Both horses were amazing and went out there and did a great job, as always they blew me away with their talent and how careful they were.”

Saturday also saw the very first proposal to take place at MCHS. Courtney Pacheco was brought into the ring on false pretenses to see the scoreboard light up with “Will You Marry Me?” As she turned, Jason Hogue was there ready to get down on one knee and ask this big question. 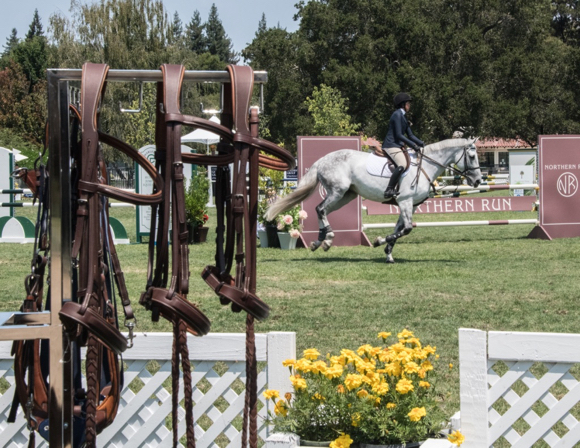 “I have been planning this for a while now and had a lot of help,” said Jason. “I love her with all my heart and I always will.”

Courtney had no idea that this was going to happen: “I thought it was a presentation for the horses and was thinking ‘no way’ I had not done very well this week I cannot have won anything. I was so shocked.”

At the end of the day they were the biggest winners of the show!