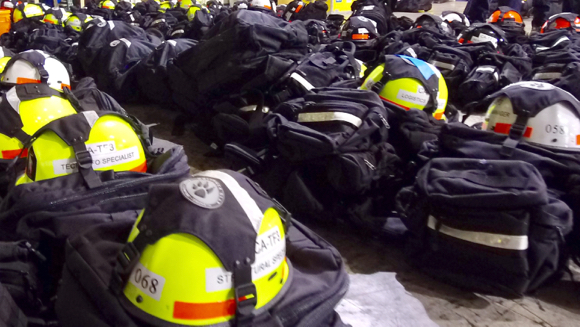 Reports Menlo Park Fire Chief Harold Schapelhouman: “No sooner did they finish preparing all of their equipment for use, being briefed and brought up to speed by the Honolulu Fire Department, than they received new orders to pack up for immediate re-deployment to the Big Island on Saturday.

“I just heard from Battalion Chief Coyle that they anticipate being up all night to breakdown the gear and repack the 40,000 pounds of Search and Rescue Equipment on nine military transport pallets.”

The Bay Area Task Force, is one of three National Rescue Urban Search and Rescue Task Forces in Hawaii that is sponsored by FEMA, that was specifically pre-positioned in Honolulu in advance of Hurricane Lane.