Capturing the Blue Angels photographically over the San Francisco Bay 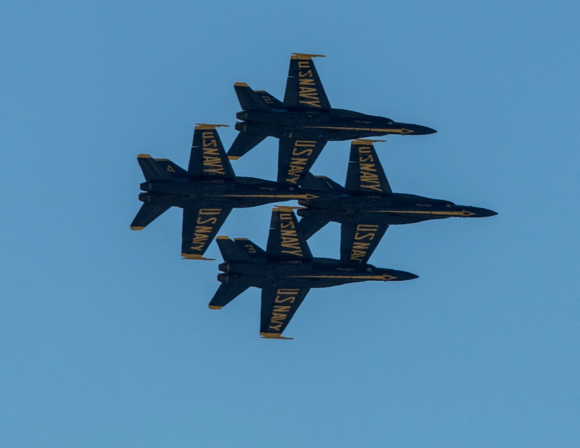 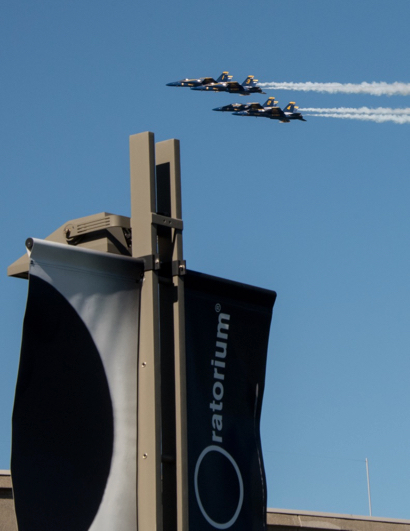 InMenlo contributing photographer Robb Most and his wife, Timi, journeyed up to San Francisco last Saturday to watch the U.S Navy Blue Angels execute their aerial maneuvers. The aerial team was here as part of Fleet Week. Robb and Timi’s viewing spot was along the Embarcadero near the Exploratorium. We enjoyed viewing the resulting photos, and thought you would, too.

The annual visit by the Blue Angels always captures the people and the press’s attention.  Reporting for the San Francisco Chronicle on October 5, Peter Hartlaub took readers back 35 years, writing: “Until the city’s dogs get organized enough to hire a lobbyist, the Navy precision flying team will almost certainly continue its multi-decade tradition of flying above and between our city’s landmarks during San Francisco Fleet Week. 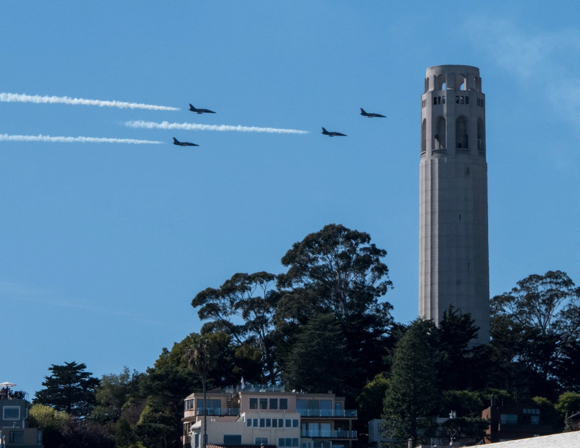 “But no modern controversy compares with the great Blue Angels panic of 1983, when six A-4 Skyhawk pilots surprised the city with a series of low-altitude San Francisco flybys that rattled windows and nerves. The coalition of enraged residents included Chronicle columnist Herb Caen, poet Lawrence Ferlinghetti and Mayor Dianne Feinstein, who got on the phone and ordered the planes grounded.”

Hartlaub goes on to explain that while the Blue Angels had filed a waiver to fly lower than usual, word had not gotten to City Hall. He also reminded readers that earlier that year Highway 101 was actually closed near Moffet Field airfield while the Blue Angels few overhead, something probably wouldn’t fly in 2018! 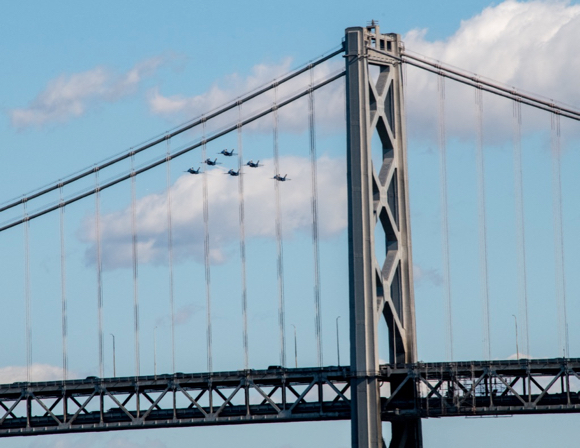 You can read the full story here. Note: Chronicle subscription may be required.