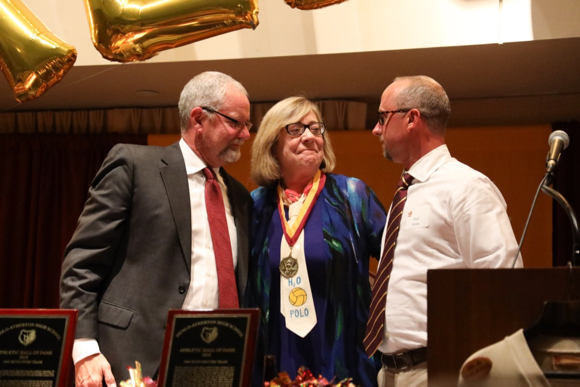 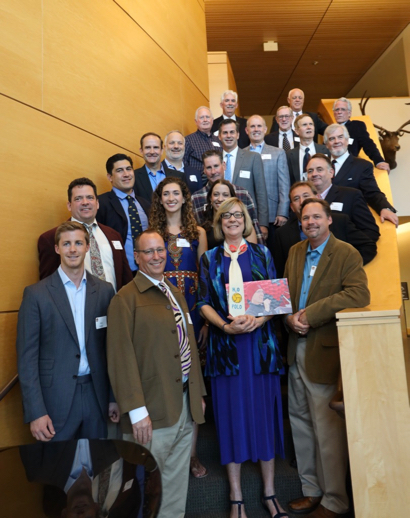 The mission of the Hall of Fame is to recognize those athletes, coaches, teams, and community service individuals who, through their dedication, contributed immeasurably to M-A’s athletics. Each recipient must have made a significant achievement in his or her sport at the high school, college, professional or amateur level.

Individuals being inducted as coaches must have exhibited sportsmanship, leadership, and integrity. A team is inducted when it has achieved an outstanding record in league play, and recognized as a high place winner in post-season competition. 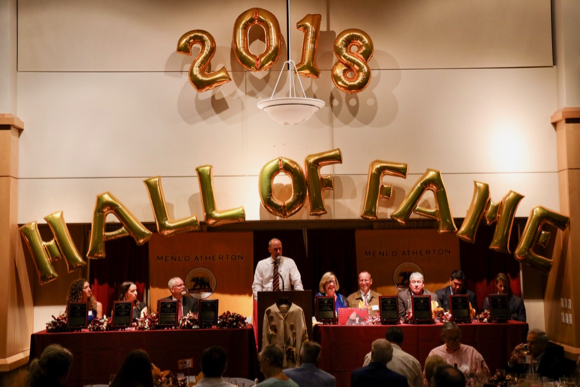 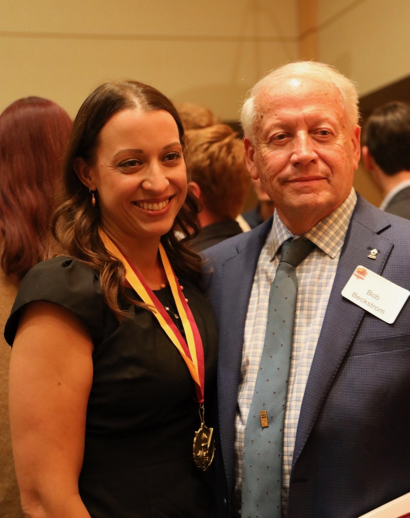 When softball player Casey Beckstrom (class of 2001) was inducted, it was the first time a father and daughter found themselves in the Hall of Fame. Her father, Bob Beckstrom, (pictured with Casey, right), was inducted in 2016 as part of the 1960 Boys Track Team. While at M-A, Casey set nine school records in softball and was also a four-year varsity cheerleader. 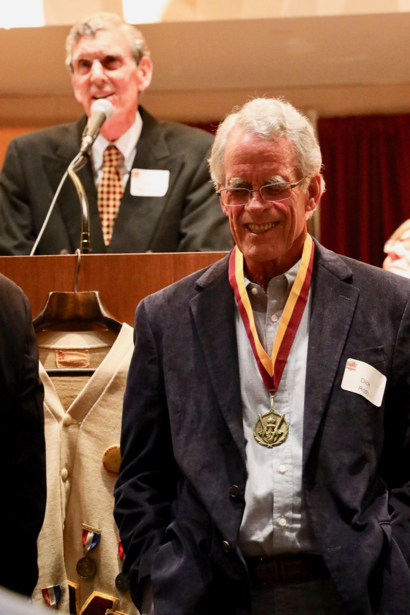 But as Jim MacKenzie, a Hall of Famer himself, said in the team’s introduction:

“[Senior] Dick Roth (picture right) had just returned from the 1964 Olympics in Tokyo where he had not only won the gold medal in the 400 individual medley, but also set a world record in doing so, thus becoming the fastest all-around swimmer in the world. During the 1965 season he was a four-event All American, having the fastest times in the entire US in both the 400 freestyle and the 200 IM.”

Jim didn’t mention one notable fact about Dick’s Olympic performance in the 400 IM: He swam even though suffering from acute appendicitis. Dick talked about his feat in a 2012 InMenlo interview. 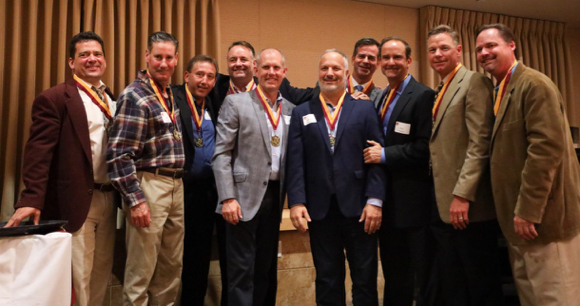 The 1985 Boys Soccer Team (pictured above) gave the school its first ever CCS title for that sport. Coached by Marino Mangiola, who was also inducted into the HOF on Saturday, the team outscored its opponents 41-6 during league play. 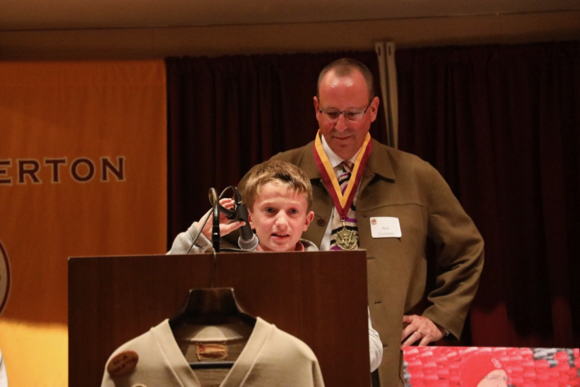 Pole vaulter Robert Crumpler (class of 1980, pictured above with his son), who went on to compete for UCLA, talked about coach Plato Yanucks’ influence on him. “He taught us to believe in ourselves,” he said. “That meant thinking you can get over the pole even if you failed just three minutes earlier.”