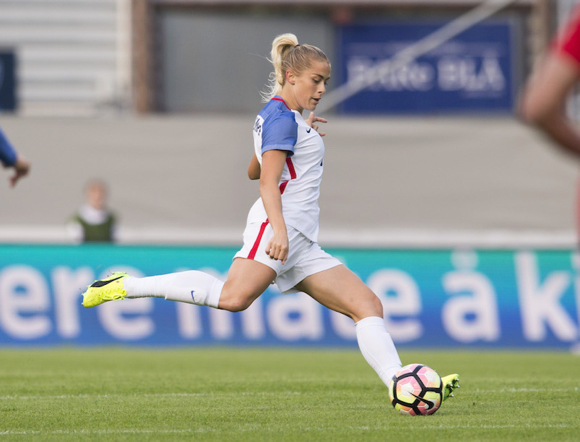 For two days in a row Menlo Park faces have been featured in the San Francisco Chronicle.

Yesterday, the Sporting Green featured Abby Dahlkemper, who grew up in Menlo Park and attended Sacred Heart Prep, as one of the “The Influencers” of the Year. Abby is expected to make the roster of the U.S. Women’s Soccer Team that will travel to the Women’s World Cup in June next year. InMenlo featured Abby earlier this year.

Today Tom Kieninger is featured. Tom owns The Barn Woodshop at the Allied Arts Guild, a business that has been in the same location for 90 years. InMenlo paid a brief visit to Tom’s workshop in 2009.