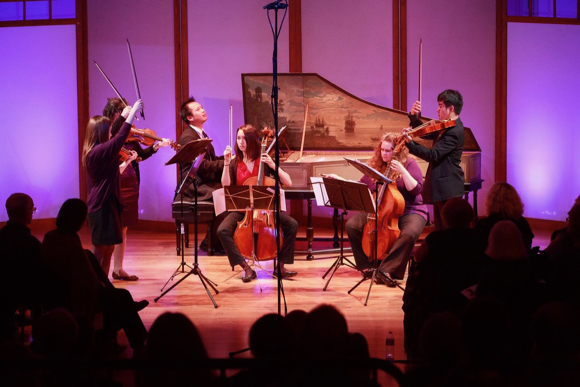 MUSA, one of the Bay Area’s most innovative and sought-after early music ensembles, will be in concert at St. Bede’s Church on Sunday, Feb. 24 at 4:00 pm with a program titled Chinese Baroque, exploring the dynamic and complex cultural exchanges between Western Europe and China in the 17th and 18th centuries through the lens of music. Despite mutual fascination, it was often difficult to surmount linguistic and cultural differences to reach a true understanding of each other.

Works performed will include selections from d’Ambleville’s Mass for the Jesuits of Peking, a violin sonata written by the missionary Teodorico Pedrini, and transcriptions of Chinese tunes through Western ears.

Performers will include soprano Rita Lilly, violinist Cynthia Black, music director and harpsichordist Derek Tam, and David Wong, who plays both guqin and guzheng. A reception will follow the concert.