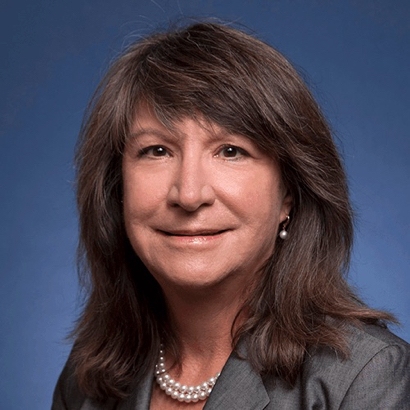 “Over the last few months we observed carefully Ms. Jerome-Robinson’s interaction with the city’s executive team, professional staff, and the public,” said Mayor Ray Mueller. “Candidly, we were impressed. We realized we already had in place a high caliber candidate who embodied all the values and skills we were seeking in our city manager, who, as an invaluable benefit, is also a long time Menlo Park resident who cares very deeply about the city and its residents.

“Taken in combination with the amount of complex work currently before the city, including but not limited to Facebook’s Willow Village development proposal, additional General Plan project proposals, and the citywide transportation management plan, we reached the conclusion it was in the best interest of the city to forgo the city manager recruitment. Rather than risk disruption and waste valuable resources and time in a prolonged executive search, we chose to seize the opportunity to hire Ms. Jerome-Robinson.”

“I’m honored to have been selected by the City Council to become Menlo Park’s next city manager,” said Jerome-Robinson. “I am excited for the opportunity to lead this organization comprised of very talented and hardworking employees who are committed to making Menlo Park a great place to live, work and play.”

Jerome-Robinson has a long history in local government, having previously served as Menlo Park’s assistant city manager from 2008 to 2015. Before that, she worked as assistant city manager in Los Altos from 1999 to 2008, finance director for the town of Atherton from 1996 to 1999, and as finance director and other management-level positions with the city of Milpitas from 1980 to 1996.

Jerome-Robinson and her family have been residents and members of the Menlo Park community since 1982. She holds a bachelor’s degree in political science with an emphasis in urban studies from the University of California, Santa Barbara.

Jerome-Robinson will receive a base salary of $245,000 plus auto allowance and other management benefits including medical insurance under the proposed two-year contract, which has the option of being extended for one additional year or on a month-to-month basis at the City Council’s discretion. The total compensation package under the contract will save the city over $15,000 annually compared to that of former city manager Alex McIntyre, who left the city in October 2018.

The agreement does not include any of the housing or deferred compensation provisions from the previous city manager’s contract and market compensation paid to city managers by other comparable cities in the region.

“The salary Ms. Jerome-Robinson agreed to is market, and frankly slightly less than that paid by cities of comparable size in San Mateo County, including Belmont, Burlingame, Foster City and San Carlos,” said Mueller.

More information on the compensation and benefits package will be released as part of the agenda and staff report being published later this evening. The City Council meeting will take place at 5:00 pm, Tuesday, February 26, in the City Council Chambers at 701 Laurel St.

If approved, Ms. Jerome-Robinson’s official start date in the permanent position will be March 31, 2019.

Don’t you just love the way the City claims to save us money? “The total compensation package under the contract will save the city over $15,000 annually compared to that of former city manager Alex McIntyre, who left the city in October 2018.”?
I guess we need a high five for them? Pathetic!!!!