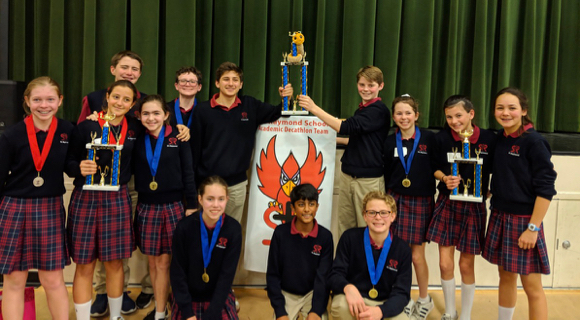 For the sixth year in a row, the team from St. Raymond School in Menlo Park was the overall winner in the Archdiocese of San Francisco’s Academic Decathlon competition.

The team will go on to compete at the State Academic Decathlon Competition in April.