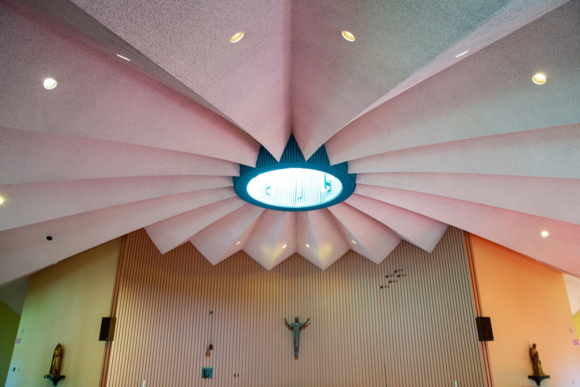 One of the more enjoyable aspects of publishing InMenlo, is getting to dive deep into some of Menlo Park’s more hidden treasures. Such was the case when we toured Vallombrosa Center with Public Events and Marketing Coordinator David Leech accompanied by contributing photographer Scott Kline.

Tucked behind a wall on Oak Grove Avenue between the train station and Middlefield, Vallombrosa is located on a 10-acre site that was originally the estate of E. W. Hopkins, the nephew of Mark Hopkins. The Hopkins home was built during the Civil War and over the years was expanded, which included acquiring some Italianate touches. 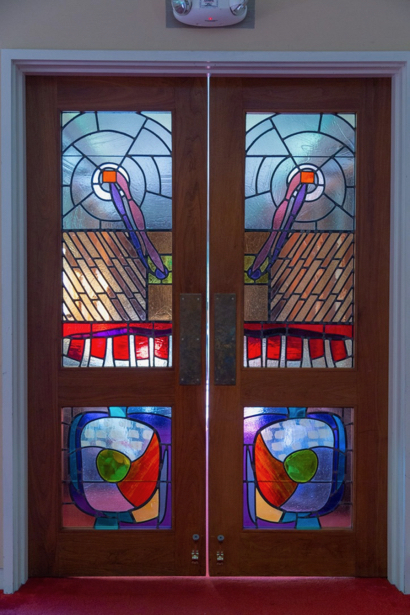 According to a published history, the name Vallombrosa literally means “shady glen” and is attached to a beautiful forested area southeast of Florence, Italy, where in 1095, St. John Gilbert established a monastery of Benedictine monks that is still there today.

Vallombrosa was purchased by the Roman Catholic Archdiocese of San Francisco in 1947 to serve as a retreat house for women. It continues to offer retreats but has expanded to also offer meeting and conference space for secular as well as religious groups. Up to 120 people can be accommodated at a time. Contact Jaynie Fedele for more information: jaynie[a]vallombrosa. org or (650) 325-5614.

(Top) “Vallombrosa Chapel was built in 1962 by Japanese architect Shigenon Lyama. The chapel, and guest rooms were built in Zen temple style to produce a wholistic effect in the fusing east and west.”

(Immediately below) “E.W. Hopkins had a pet bear in this small cave on the Vallombrosa property. Years later it was converted into a grotto for Our Lady of Lourdes, which will be rebuilt, with the help of donations, in 2019.” 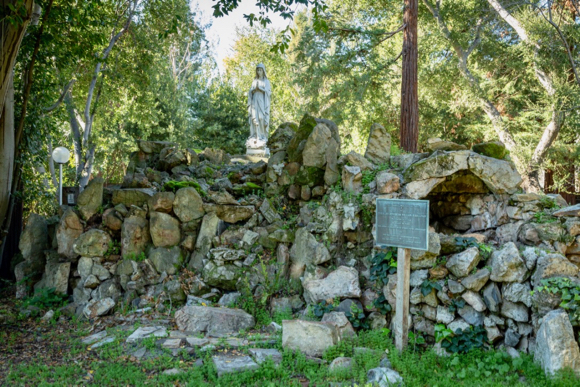 (Below) “The interior of the Chapel steeple is the heavenly-directed, final collaboration of Japanese architect Shigenon Lyama and the stained glass mosaic artist Louisa Jenkins.” 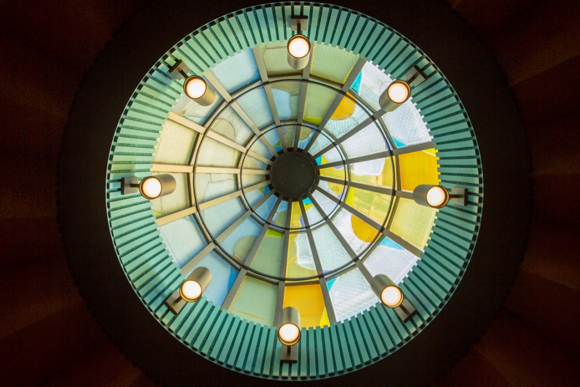