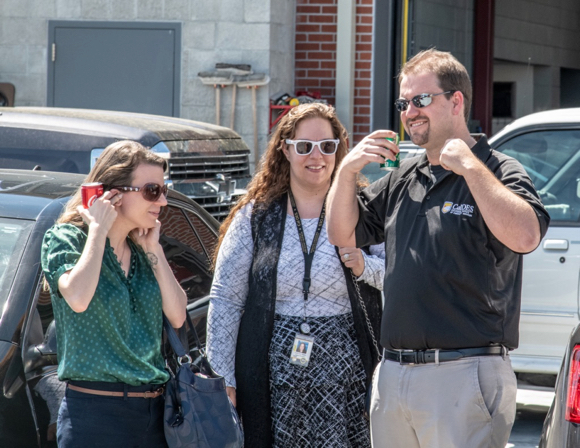 Today, on the 113th anniversary of the 1906 earthquake and fire that destroyed major sections of San Francisco and the Peninsula, a demonstration of an early warning system was held at Menlo Park Fire Protection District Station 2 in East Palo Alto. A quiet demonstration it was not, hence the people plugging their ears. 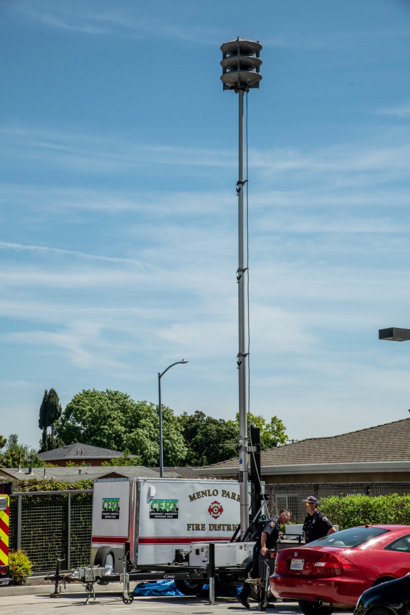 In October of 2018, the Fire District became a pilot program partner with the United States Geological Survey (USGS). That partnership allows them to utilize the new ShakeAlert network of hundreds of ground sensors as part of the Bay Area’s Earthquake Early Warning (EEW) system. The Fire District is the first fire agency in Northern California to use this system and one of a handful of public agencies statewide to integrate this potential lifesaving technology into its day to day operations.

Fire Station notification experts, Telecommunications Engineering Associates, Inc. (TEA) and earthquake early warning experts from SkyAlert helped design the actual solution triggers, protocols and process that then connects to the USGS ShakeAlert resilience platform and network. Each Fire Station system cost $15,500 to install and includes one year’s maintenance and $19,000 for a combined annual maintenance thereafter, all paid by the Fire District.

The Fire District currently has two of these systems installed at each of its newest Fire Stations located in East Palo Alto (Station 2) and in downtown Menlo Park (Station 6) with a third planned at a new Station on the drawing board located in an unincorporated area of San Mateo County in Sharon Heights (Station 4). 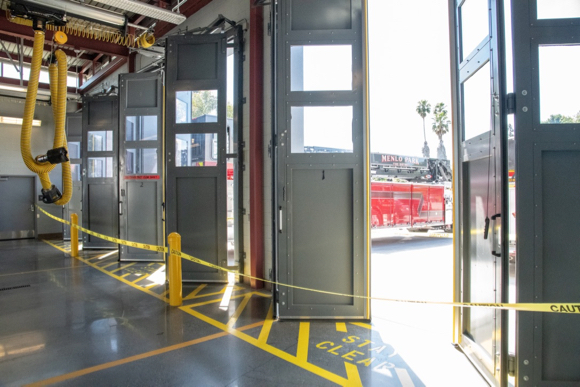 In addition to the ShakeAlert system, the Fire District will demonstrate its new area wide Long Range Acoustic Device (LRAD) Community Notification System and show how both systems could eventually be tied together to provide area wide audible alerts for earthquake, flood, fire and other emergencies.

The City of East Palo Alto is 2.4 square miles in size and is located on vulnerable alluvial soils along the San Francisco Bay, primarily below Highway 101 and on approach to the highly traveled Dumbarton Bridge. Working with its city partners, the Fire District believes a built out LRAD System could cover the entire area within 12 to 24 months.

“We’ve been working with our partners for many years to implement both of these incredible technologies,” said Fire Chief Harold Schapelhouman. “ShakeAlert will notify and protect our Station firefighters, but we also believe coupled with the LRAD public address system, it can help to bridge the ‘notification gap’ as another important public safety tool and option for community early warning messaging for earthquakes as well as for fire and flooding information and evacuation signaling.” 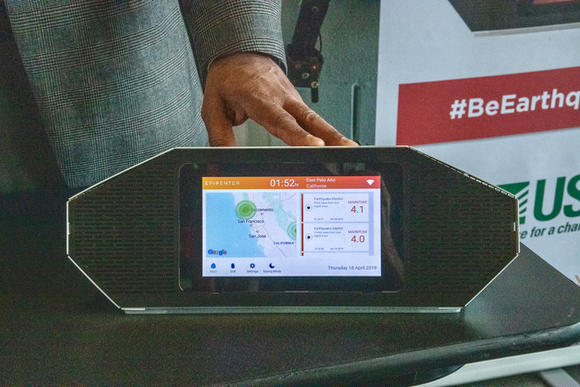