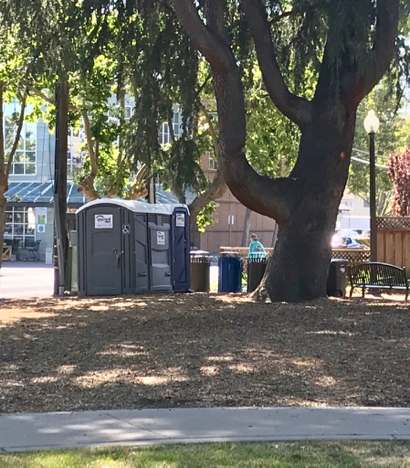 Update on June 30: They’re no longer there.

In full disclosure, this writer’s spouse started a campaign of sorts last summer bringing signs saying “where are the potties?” to Fremont Park concerts. He even wrote an opinion piece for InMenlo.

So both of us were surprised to see port potties at Fremont Park last Sunday. We reached out to Mayor Ray Mueller to ask if they’d be a fixture at the concerts this summer. His reply:

“[The] porta potties were just for some weekend events, but… we are going to leave in place through the summer concert series, unless something unforeseen pops up causing issues.”

So enjoy them while they last, concert goers!

Thanks for your usual fine reporting!