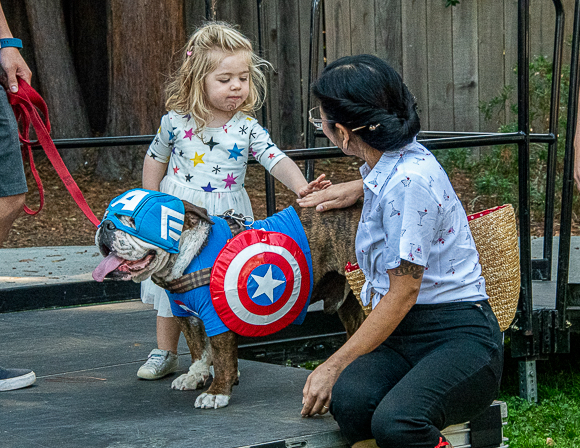 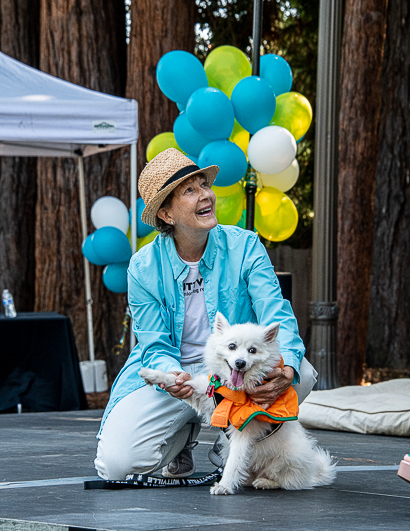 Dog and their humans filled Fremont Park in Menlo Park on Sunday, all to raise awareness about San Francisco-based Muttville Senior Dog Rescue and its newest Silicon Valley chapter.

“We’re thrilled with the community’s response to this first-time event, and excited to make it a regular part of our calendar. More than 100 humans — many with their dogs — were in the audience cheering on the over 35 dog/human teams taking part in the competition. In addition to the just-plain-fun factor, we’ve already raised well over $2,000 for Muttville — with pledges still coming in!

“Very special thank-yous to the seemingly tireless Friends of Muttville event group headed up by Grayson Martin of Redwood City, to the day’s volunteers — some of whom were already Muttville supporters and others who were new recruits — and to community supporters including Bowwow Meow (Menlo Park), Sigona’s Farmers Market (Redwood City), and Peet’s Coffee and Tea (Menlo Park). Plus big thanks and recognition to our totally cool MC, comic Mickey Joseph, DJ “Fabulous” Fred, and comic Nicole Tran (who took time off from her own participation in the current comedy competition).” 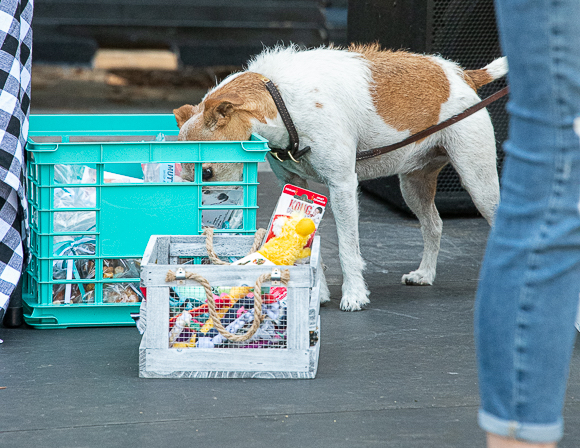 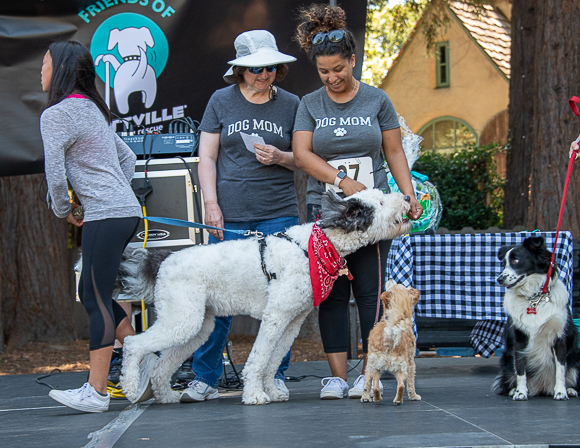 what a great event it was – cant wait to next year’s event!