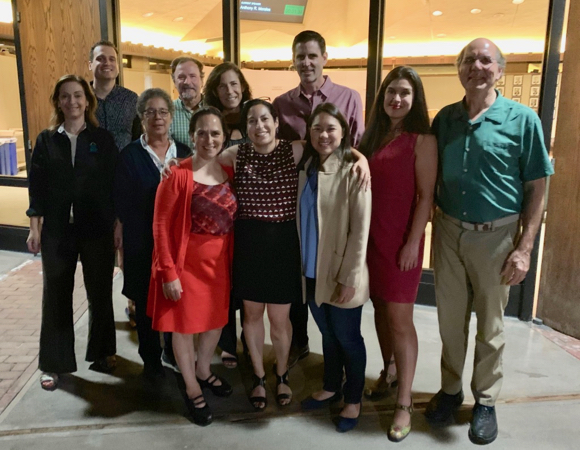 On Tuesday, Sept. 24, the Menlo Park City Council unanimously approved a landmark climate action policy that will prevent or minimize the use of fossil fuels in new homes and buildings.

The green building measure, known as a “Reach Code,” because it is reaching beyond California’s building requirements, is being considered by other cities in the area as well, to safeguard residents from health and safety risks from natural gas, a prominent fossil fuel used to heat buildings and cook with. San Jose began a similar action last week, and the city of San Mateo had adopted a “reach code” last month favoring new buildings without fossil fuels.

“The City of Menlo Park is proud to be building a future city, embracing the very best in clean energy policy and technology, for the health and promise of our children and future generations,” said Menlo Park Mayor Ray Mueller, who had championed the measure.

Menlo Park’s new Reach Code measure will begin in January 2020, requiring most newly constructed homes and buildings to avoid gas, use widely available clean power, and produce some solar power onsite. Use of fossil fuels like gas in buildings is the second largest contributor to climate pollution behind transportation. and contributes to health risks such as increased asthma, and safety risks from leaks and fires.

“Menlo Park is adopting the strongest, most protective Reach Code for Green Building so far, making it a true leader on climate actions,” said Diane Bailey, Executive Director of Menlo Spark. “This action will save money for new home-owners, and lead to healthier more resilient communities.”

Devin Makhni, a youth climate leader notes that “Unfortunately, my generation has been saddled with the issue of climate change, and because of that, those currently in power have an obligation to fight climate change. If current leadership takes action now, my generation can have a fighting chance when we become governmental leaders.”

All for the sake of a contextual fraud, no more and no less. Too bad Menlo Park residents have to be forced: they can only volunteer to comply, or simply refuse to build. You must be so proud.