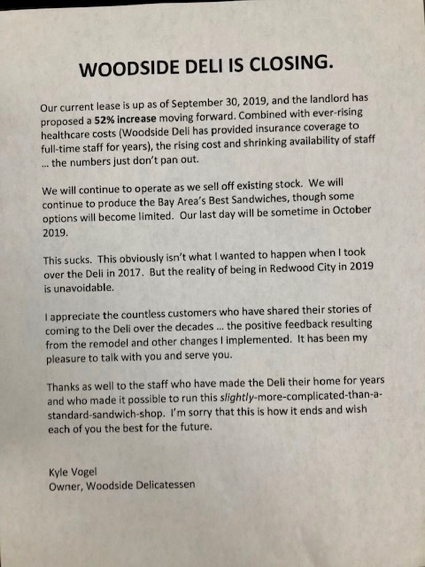 In an email exchange, Menlo Park resident Kyle Vogel confirmed that the Woodside Deli, which he took over in 2017 and remodeled the interior, is closing. He attached the notice that’s on the Deli’s door, as noticed by a number of InMenlo readers previously.

We’ve been a fan of Kyle’s going back to the Deelish days and wish him well in his next endeavor.