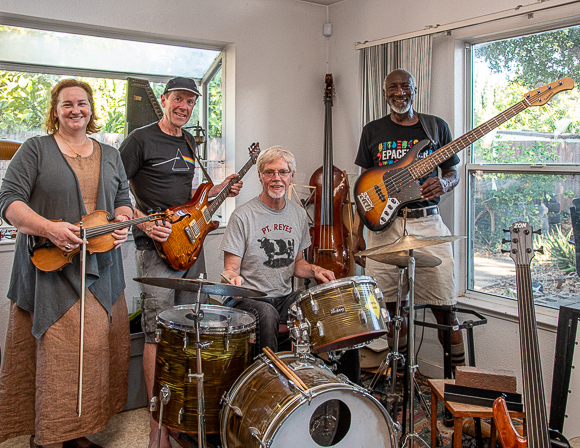 It’s a reunion of sorts for Bert Keely who’s enlisted his old Stanford pal Jeff Pera to play drums for what he’s calling “Deep Dive #7: Stanford and Psychedelia,” which he and his band mates will be performing this Friday, Oct. 4 — and again on Friday, Oct. 18 — at Angelica’s in Redwood City.

They’re joined by Charlie Channel, who he frequently plays jazz with, and folk violinist and singer Antja Thompson, who he first met at Stanford Sierra camp. Tickets for both shows are available online. 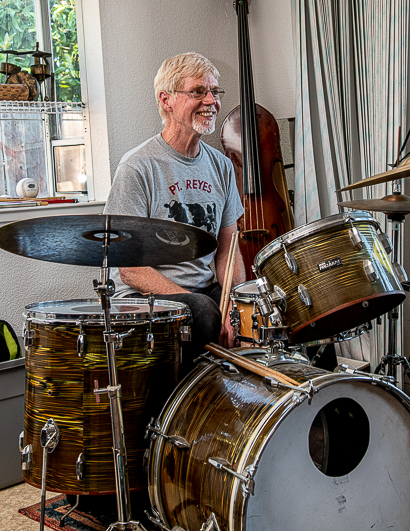 Bert, a Portola Valley resident, describes himself as “full-time musician these days.” “We’ve been putting on shows that require research and musical exploration,” he explains.

While Bert has been interested in playing music since he was a child, he took a deeper dive when he was in high school. “I started studying what progressive rock bands were doing,” he says. “Progressive rock is really a child of jazz.”

His interests were further broadened when he was a student at Stanford. “People were fanatic about the Grateful Dead,” he recalls. “I loved the feeling and openness of songs but wished they’d sing in key!”

He released a psychedelic album in 1979 called Take Me Home [listen on Spotify]. “It’s still popular in the resale/trading market,” he says. “It was the last of the psychedelic folk era, getting released just under the wire.” 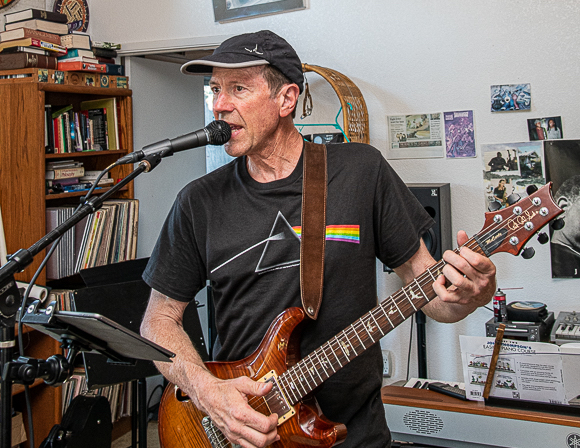 Here’s a preview of what to expect this Friday night and on the 18th, in Bert’s words:

“There’s a current in music since the 60s that arguably got its start on the Stanford campus. It’s called psychedelia. Ken Kesey was a grad student here in 1960. While he was writing One Flew Over the Cuckoo’s Nest, he was earning money by taking LSD and mescaline as a test subject in government experiments at the VA hospital.

“Kesey didn’t make music, but things he did started a chain reaction that we’re going to retrace tonight. It involved psychedelic drugs, but at its core psychedelia is about higher levels of consciousness that can be achieved without drugs. A psychedelic experience, as eloquently described in Wikipedia, is ‘the striking perception of aspects of one’s mind previously unknown, or by the creative exuberance of the mind liberated from its ostensibly ordinary fetters.’

“We know the Grateful Dead and their audiences were into it. Several professors and tech innovators were into it. My hope is that the lyrics and the sounds and the anecdotes tonight give you a new appreciation for what a generation later is starting to feel like a stone left unturned.”