“More Than a Word”: A film about Native American-based mascots screens on Oct. 14 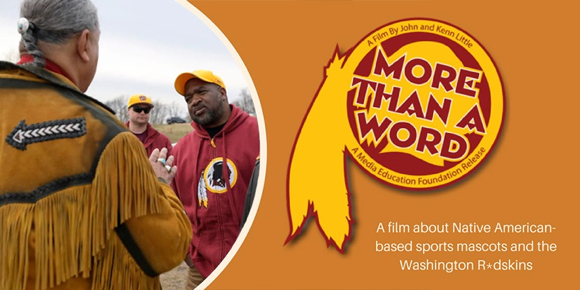 In recognition of Indigenous Peoples’ Day, the Menlo Park Library is screening a documentary about contemporary debates over cultural appropriation on Oct. 14 at 2:00pm.

“More Than a Word: A film about Native American-based sports mascots and the Washington R*dskins” analyzes the controversy over the Washington football team and its contentious name. Using interviews from both those in favor of changing the name and those against, the film presents a deeper analysis of the many issues surrounding the matter.

The documentary also examines the history of Native American cultural appropriation. Directed by brothers John and Kenn Little, who are members of the Standing Rock Sioux tribe, the film traces how the word “r*dskin” evolved from being a term of racist derision and slander to being embraced as the name of one of the NFL’s most beloved franchises. It also draws on the voices of Native American activists and scholars to place this controversy within the wider context of Native American history and racial stereotyping more generally.