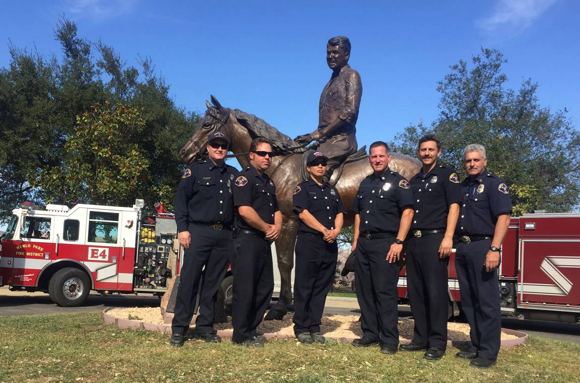 Menlo Park Firefighters have returned from Simi Valley in Southern California, where they were assigned to to mop up the fire line after the Easy Fire burned 1,800 acres and threatened the Reagan Library and complex in Ventura County.

The six Menlo Park Firefighters (pictured above ) were part of a larger multi-agency, multi-county, Fire Strike Team consisting of 22 firefighters representing Gilroy, Palo Alto, Santa Clara, Woodside and Menlo Park, operating five municipal fire engines and a command vehicle . They also responded to the Kincade Fire in Sonoma County, (77,758 acres burned) before they were re-assigned and drove 400 miles overnight, without a break, to Simi Valley. Once there, they started work on the Easy Fire, only to be re-assigned once again as the Maria Fire (9,412 acres burned) threatened the Town of Santa Paula and local farms and ranches.

“It’s been a long road trip and deployment for this group of firefighters, who traveled the State over the last 10 days, assigned to fires in Northern and Southern California, performing less glamorous but certainly important and difficult work making sure these various fires were completely extinguished,” said Fire Chief Harold Schapelhouman. 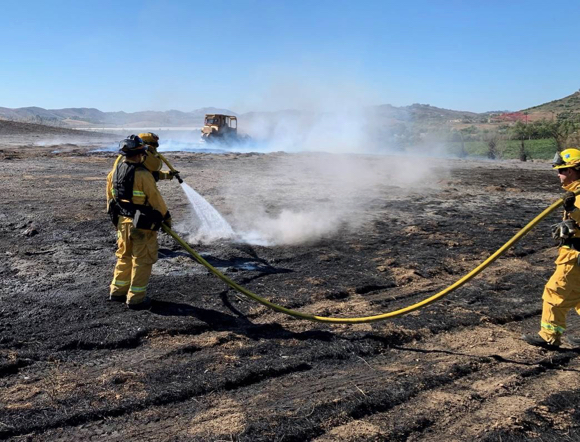