Patriot fandom on display this morning at Cafe Borrone 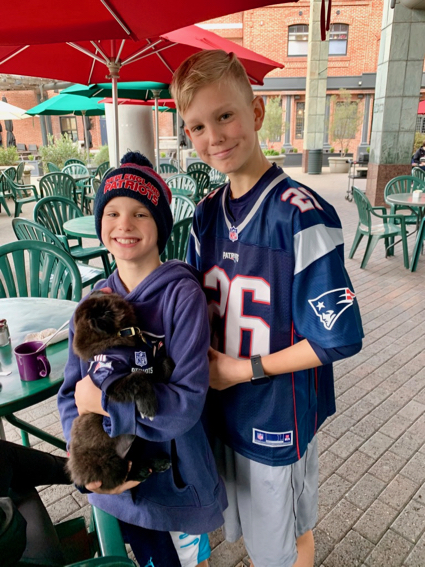 Before the New England Patriots took on the Miami Dolphins today, we spotted a number of fans all decked out in that football franchise’s clothing of one type or another. Two brothers Peter (the taller of the two) and Andrew noticed a darling puppy a few tables away – who was also wearing Patriot blue! They were good enough to poise for a photo, as did Kodu the puppy’s owner, also named Andrew.

Alas, the Pats were beat 27-24, although Tom Brady threw his 540th touchdown pass, which moved him past former all-time record holder Peyton Manning into second place behind Drew Brees. It was memorable as it was thrown to a linebacker named Elandon Roberts, a fact that will serve as a trivia answer for years to come. 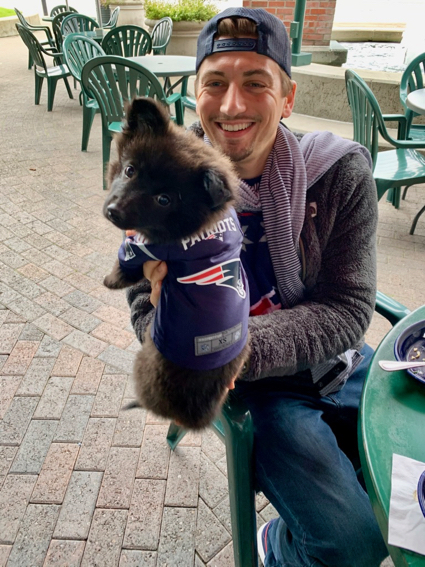