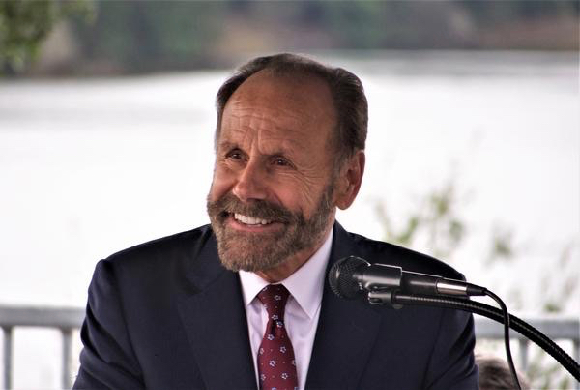 State Senator Jerry Hill , who represents Senate District 13 which includes Atherton, Menlo Park, Portola Valley and Woodside along with other Peninsula cities, has launched his annual “There Oughta Be a Law…Or Not” contest for constituents.

It allows residents to submit their ideas for improving the quality of life in their community and/or the state of California. Ideas can vary from local community improvements to statewide reforms.

Applicants can create new laws or repeal / revise laws already on the books. Hill will select a winner in February and work toward implementing the reform during the legislative session. Applications can be submitted online. Entries must be received by January 17, 2020.  The application is available online.

Past winning bill ideas win 2019 include:

SB 223 – Jojo’s Act. Enables parents to administer their child’s dose on K-12 campuses under strict rules and conditions as long as their school district allows it. Named for a South San Francisco teenager, Jojo’s Act permits K-12 school district boards, county boards of education and governing bodies of charter schools to decide whether to allow a student’s parent or guardian to administer medicinal cannabis to the child, provided the parents, guardian and child meet and follow all the conditions set by the bill. Governor Newsom signed SB 223 in fall 2019. It took effect January 1, 2020.

SB 304 – Enables district attorneys to consolidate prosecution against suspects charged in serial cases of financial fraud against elderly and dependent adults occurring in more than one county. SB 304 eases the burden for the fraud victims who otherwise would have to testify against a suspected perpetrator or perpetrators multiple times and in multiple locations as prosecutors try each case. Signed by the governor in summer 2019, SB 304 took effect January 1, 2020.