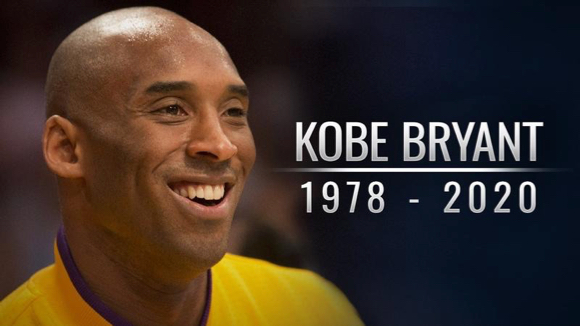 Not gonna lie. Along with many Bay Area sports fans, I am really shaken up about the passing of Kobe Bryant.

Going to school at UC Santa Barbara, everyone from NorCal was always anti-Lakers so I always rooted against him. That said, his talent, leadership and commitment to greatness was undeniable.

He was, without a doubt, one of the great champions of our time. And while he was an incredible competitor, his accomplishments beyond basketball are what stick with me.

I understand some of your kids may be a little too young to have really followed Kobe, but here are a few thoughts and reflections concerning Kobe’s legacy to discuss with them.

To love your sport is to love the process

Kobe was committed to greatness. When he came into the league as a 17-year-old out of high school, he said he was going to be one of the best ever — and he actually was! He did it by working harder than anybody else in practice. He understood that failures, losses, injuries were all part of the game and necessary in the path for greatness.

Kobe didn’t just show up on gameday, he showed up at practice and gave 100% effort. His success was a byproduct of his focus on the process (not just championships) .

“What I see a lot of times from young players is they’ll try, they’ll push, and all of a sudden, they get hit with some adversity. ‘Nah, let me do something else,’ instead of staying with it. Just stay with it. A lot of guys give up on it because it’s not happening now.” – Kobe Bryant

There is more to life than your sport. Your sport (or job) is not your identity

I have personally coached thousands of players and have noticed one familiar theme with many of the elite players: Their sports performance is often their identity. It is who they are. They don’t have other interests or hobbies. Their happiness is correlated with their performance in their last game.

In today’s pressure-packed society this is happening at an incredibly high rate. It’s important for kids to learn their sport is not who they are, it’s simply what they do.

Life is fragile. No one is immortal. Cherish your time and live life to the fullest!

Sometimes we feel that being rich and famous makes people untouchable. However, the passing of Kobe reminds us of the fragility of human life. The time we have on this planet is finite, and we can never get our time back.

I launched a new venture America Offline last year because I felt that, as a society, we were wasting a lot of our time sitting inside alone on our screens, while we should be outside spending more time with the people and hobbies we love the most. When we look back at our lives, our favorite memories will almost always be the times when we were with other people.

Life is fragile. Life is a gift. Cherish every moment.

This is an insightful and timely article. Thank you!

Well said David. Thank you for the article.