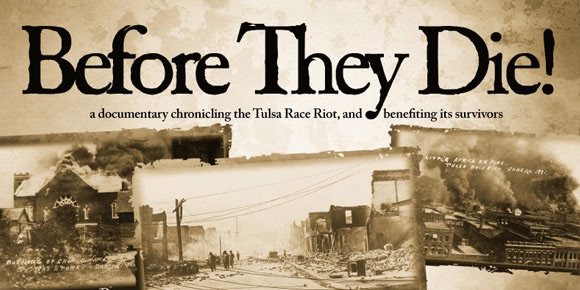 Menlo-Atherton alumnus Reggie Turner will be returning to the high school on Feb. 6 screening his documentary Before They Die —and talking a bit about the race riots that occurred the fall of his freshman year.

Initially released in 2008, Before They Die chronicles the survivors of the Tulsa Race Riot and their quest for justice. “There was a constructive, conscious effort to hide this event from history,” says Reggie. “The conspiracy to cover up the story continued until we started throwing some light on it

The “we” is attorney and Harvard Law School professor Charles Ogletree, who had been approached by Tulsa survivors to represent them as they had been unable to find any other attorney to take their case. Reggie and Charles had worked together previously on activist and civil rights projects. 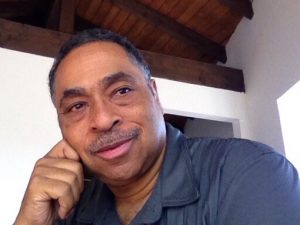 “Working with Charles, it became clear from interviews with survivors they wanted closure or reparations,” said Reggie. “2021 will be the 100th commemoration to what is now being refereed to as the Tulsa Massacre. Back in 2003 when we put the class action together, there were 151 survivors. Now there are none.”

The Tulsa Massacre occurred in a 24-hour period beginning on May 31, 1921 in Tulsa, Oklahoma, when a white mob bombed, burned, looted and destroyed America’s most prosperous African-American community, known as “The Black Wall Street.” Through intimidation and with the support of state and local governments, a conspiracy of silence covered up the loss of more than 300 lives and the displacement of more than 10,000 law-abiding citizens.

“We recently identified three different locations of the mass graves. My film was one of the first to document the existence of these graves.

“My hope is that with the current leadership in Tulsa, there will be some closure for the heirs. It’s not all about property or money, there’s lost heritage and lineage. A good part of our motivation is to bring about healing. Checks don’t heal the world.”

Circling back to his time at M-A, coming to the Atherton high school from East Palo Alto, he cites that the wealth gap was second only to the culture gap. “There was the soul side and the rock side,” he says with a chuckle.

Reggie was eventually able to bridge the gap, becoming senior class president, graduating in 1971 and enrolling at Stanford. And while at M-A, the seeds of his lifetime of activism were sown, partially as a result of the race riot that occurred the fall of his freshman year.

“I’ve been asked by audiences who view Before They Die about what drew me to this project,” he says. “And I began to question that myself. With my 50th reunion coming up next year, I thought this was a good time to bring the film and M-A together.”

You can purchase tickets to attend the screening of the documentary online.