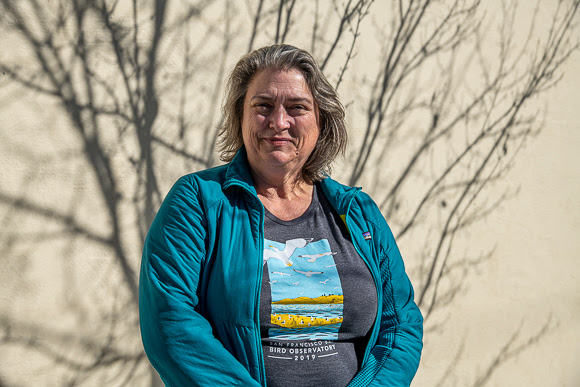 Growing up in Ottawa, Barbara Coll’s family kept a book about the wildlife they saw. So it was natural for her to keep the tradition going when she got married in 1992 — but with a focus exclusively on birds.

“The tally is currently 517 birds, which is five percent of the bird species in the world,” the Willows neighborhood resident said, “They’ve been seen on four continents — North America, Europe, Asia and Australia.”

What’s surprised Barbara is that now that she’s retired, she is photographing the birds as well. Her camera of choice is a Lumix G85 outfitted with Olympus 75-300 millimeter lens with an image stabilizer.

“I consider myself a citizen scientist, regularly counting and reporting the birds to Cornell University, wherever I am in the world.” she said. 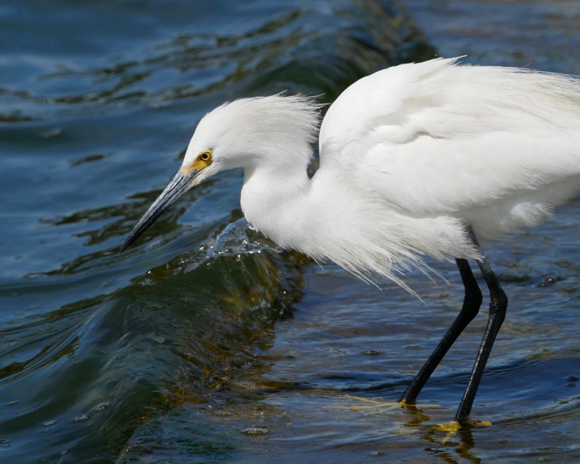 After the ongoing bustle of a marketing career in Silicon Valley, Barbara is enjoying the slower pace of birding. “Bird watching is introverted,” she says. “It’s time with nature. It’s a new experience, one that I clearly needed mentally!”

On February 18th, Barbara will be hosting a fundraiser for the San Francisco Bay Bird Observatory beginning at 6:30 pm at Cafe Zoë (1929 Menlo Ave.), where Barbara’s photos are currently on exhibit. “I’ll be auctioning off the Snowy Egret at the Duck Pond,” she said.

Photo of Barbara by Robb Most (c) 2020; Snowy Egret photo by Barbara Coll-used with permission