The Writer’s Life: Staying Focused in the Time of Pandemic is webinar topic on July 14 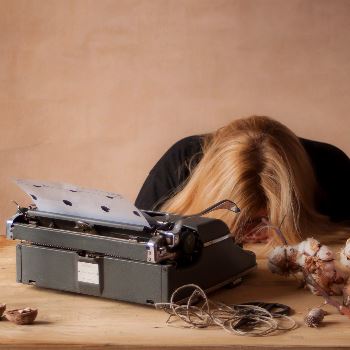 Many writers have been struggling in these times to complete a sentence, much less write an essay or a poem, as they juggle the demands of family, Zoom meetings, work and child care. Or they face the challenge of too much unstructured time.

Sound familiar? Learn how a panel of Bay Area writers has been coping, and maybe find some strategies that you can apply to your creative practice, whether that’s writing or another pursuit, or just to life in general. The webinar takes place on Tuesday, July 14 from 4:00 to 5:00 pm. Register online.

About the panel
Moderator Carole Bumpus:
Having retired as a family therapist, Carole began a second career as a culinary/travel writer, when she stumbled upon amazing stories of women and war in France. Her historical novel and companion cookbook, A Cup of Redemption and Recipes for Redemption were published in 2014-15 with three more books in this series to follow. She is a past president of the California Writers Club SF Peninsula Branch and remains an active member on both the regional and state boards.

Korie Pelka left the corporate world five years ago to enter a new stage of life she calls her third act. Since then, she has become a certified life coach, been published in Fault Zone: Strike Slip and performed original works for Women’s Journeys, a reader’s theater event. Korie serves as secretary of the San Francisco Peninsula Branch of the California Writers Club and is exploring the world of fantasy and memoir.

Megan McDonald was named Literary Stage “Exhibitor of the Year” at the San Mateo County Fair in 2018, and also placed in that contest’s poetry and fiction divisions in 2019. More recently, she read a pair of personal essays at Bay Area Generations, a literary salon. She is at work on a novel about how the threat of wildfire impacts ranching and agriculture on the West Coast.

Audrey Kalman writes fiction with a dark edge about what goes awry when human connection is missing from our lives. Her most recent book, “Tiny Shoes Dancing and Other Stories,” was shortlisted for the 2019 Rubery Book Award. She is the author of two novels and numerous short stories and currently serves as president of the San Francisco Peninsula Branch of the California Writers Club.

Mark Dooley decided to make take his talents and opinions to the entire world following decades of telling computers what to do. The result was awards for writing argumentative essays and the publication of his short stories in literary magazines. Currently, Dooley is querying his first novel, a murder mystery set in gold rush San Francisco and working on a contemporary comedy caper set in the South Bay.