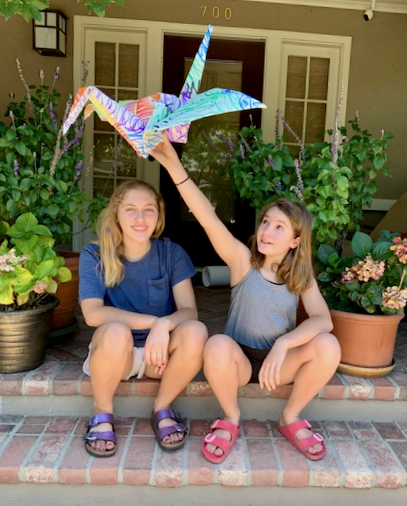 My daughter Lucy, now a 10th grader, started making paper cranes when she was seven or eight years old. At the time, she didn’t fully understand the significance behind these beautiful, intricately folded creatures. Whenever she was bored or stressed, I would catch her folding paper.

During the pandemic — a time of anxiety and uncertainty — she’s continued to make cranes. We recently found out about the Peace Crane Project, an event to commemorate the 75th anniversary of the bombings of Hiroshima & Nagasaki on display at ArtVentures Gallery in downtown Menlo Park. After talking with Judy Adams at the Women’s International League for Peace and Freedom, we wanted to be a part of this community project and learn more about what had happened so many years ago. 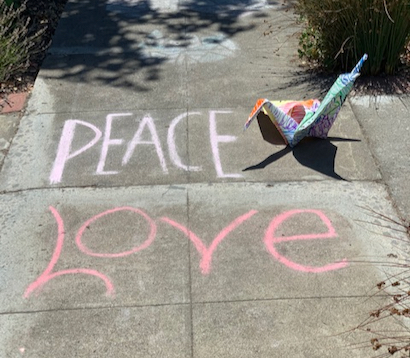 In addition to community service, one of the areas we focus on at NCL is around cultural experiences – and expanding cultural awareness and knowledge. The Peace Crane Project seemed like a great opportunity to be a part of a community project while promoting awareness and broadening our knowledge of a significant historical event. 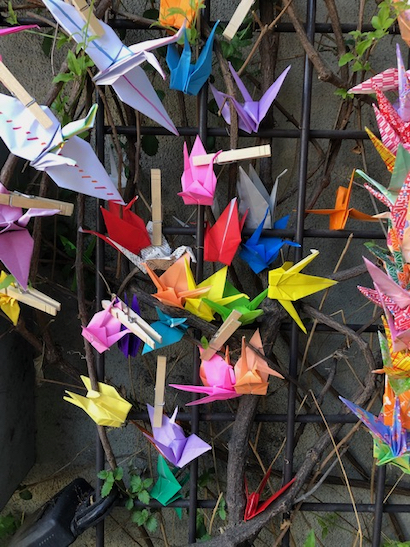 This devastating event in world history is a reminder of the past and also the future. It provides learnings so past mistakes will not be repeated. Similar to Hiroshima and Nagasaki, COVID-19 has forced us to realize the importance and fragility of our lives. It has shown us that our actions matter.

While we can’t turn back the clock 75 years, we can continue to share the story of Hiroshima and Nagasaki. Hopefully, we will learn from past mistakes, and help the world understand that even the smallest amount of effort can make a difference and lead to peace.

The Peace Crane Project has helped my daughter and I better understand the significance of origami cranes. It has given us a renewed sense of clarity and purpose during these uncertain times. The cranes serve as a reminder of hope and healing. We are capable of creating a better life and making a difference. The choices we make matter. The story and learning of Hiroshima and Nagasaki must be told and not forgotten.

Editor’s note: Learn more about the Peace Crane Project, on display at ArtVentures Gallery in downtown Menlo Park, and how to get involved.

Peninsula Chapter of the Women’s International League for Peace and Freedom is circulating information about this screening.

Film Screening and Director Q&A
“Hibakusha, Our Life to Live”

For this commemoration of the world’s only nuclear weapons attacks, we will live-stream David Rothauser’s deeply moving documentary about the survivors of those attacks (54 minutes). The director will then join us on Zoom for a Q&A session with you.
“Hibakusha, Our Life to Live” is a documentary video about the life stories of Japanese, Korean, and American survivors of the 1945 Atomic bomb attacks on Hiroshima and Nagasaki. Featured as narrator of the film is the celebrated tv talk show host, Phil Donahue.

Presented by Peninsula Peace and Justice Center and Women’s