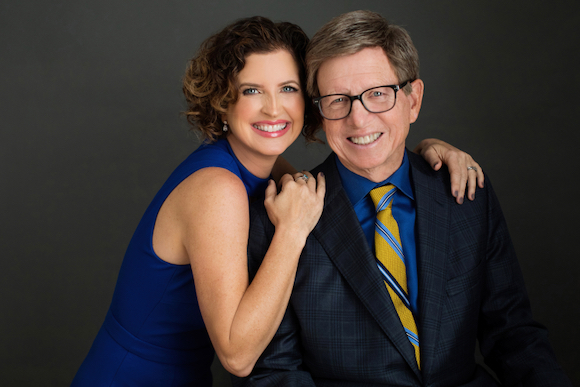 Growing up on the Peninsula, singer Rebecca DuMaine listened to her father, Dave Miller, play piano every day and fell asleep to the sounds of George Shearing and Bill Evans arrangements. After acting in New York for a number of years post college, she returned home in 2010, settling in Menlo Park.

“Besides finding it difficult to juggle being the mother of two children with an acting career, coming home meant I’d have this opportunity to perform with my father who leads the Dave Miller Trio,” she says. “A lawyer by day,  he’s been playing a lot more in the years since I returned!

“It’s a gift for both of us to work together and not one bit challenging. We have a connection through music that defies words.”

Rebecca and the trio will be at  Oak & Violet at the Park James hotel doing a brunch gig on Sunday, August 30. You can reserve online. They recently recorded their sixth album together.

In addition to performing, Rebecca teachers voice and speech in the acting program at the Academy of Art University and coaches voice and dialect in school performances that her children are involved with.

“I’m a very driven person,” she admits. “I like to have lots of balls in the air. The music keeps me fresh and alive!”

Photo of Rebecca and her dad by Rosaura Sandoval