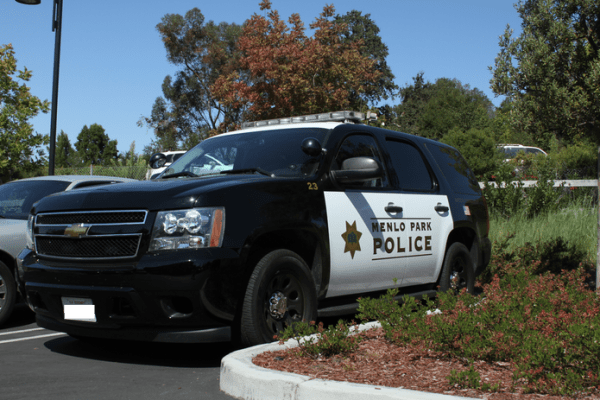 On Wednesday, October 7, at approximately 7:21 p.m., Menlo Park police officers responded to a hit-and-run collision at the intersection of Willow Road and Hamilton Avenue in Menlo Park. While investigating that call, police received a call of a gunshot victim at the Chevron gas station nearby on Willow Road.

Further investigation revealed the suspect driver in the hit-and-run collision was also the gunshot victim. The suspect driver allegedly was fleeing the scene of a shooting that occurred in the City of East Palo Alto when he collided with an uninvolved motorist. The uninvolved motorist was uninjured. Following the collision, the shooting victim parked his car in the 1300 block of Madera Avenue before walking to the gas station.

While Menlo Park officers assisted East Palo Alto officers in securing the scenes at the gas station and on Madera Avenue, a strong-arm robbery was reported at the Union 76 gas station at 275 El Camino Real in Menlo Park unrelated to the hit-and-run incident. Atherton police officers responded to the robbery on behalf of Menlo Park officers and located the suspect. Adam Mort, a 40-year-old East Palo Alto resident, was arrested for robbery, battery, and resisting arrest, and was booked into the San Mateo County Jail.

Any witnesses with information related to the hit-and-run collision or robbery are asked to contact Detective Josh Russell.

Yesterday also resulted in the location of juveniles involved in bike robbery that occurred earlier this month. On October 2, 2020, at approximately 11:00 a.m., a robbery at gunpoint occurred in the 200 block of Ivy Drive in Menlo Park. A juvenile victim reported to Menlo Park police officers that he had agreed to purchase a bicycle for $400 in cash, and communicated with the suspect via Snapchat.

When the victim arrived at the agreed location, he handed the cash to the person selling the bicycle. As the seller walked away, another juvenile arrived on a bicycle, pointed a handgun at the victim and demanded the victim’s newly purchased bicycle and his cellular phone. The victim handed over the bicycle but kept his phone.

On  Wednesday, October 7, 2020, after further investigation by Menlo Park police officers, the suspect who arranged the sale of the bicycle was identified as a 16-year-old East Palo Alto resident. Detectives located the juvenile suspect and gained a full confession in which he confirmed he worked in concert with the second suspect to rob the victim.

The suspect was issued a court date and released to the custody of his parents. The handgun is still outstanding. The Menlo Park Police Department is continuing the investigation into the identity of the second juvenile suspect who brandished the firearm.

Anyone with information related to this case is asked to contact Detective Jeremy Ordone.