The Second Wave of Feminism: The Lavender Menace is topic on Dec. 7 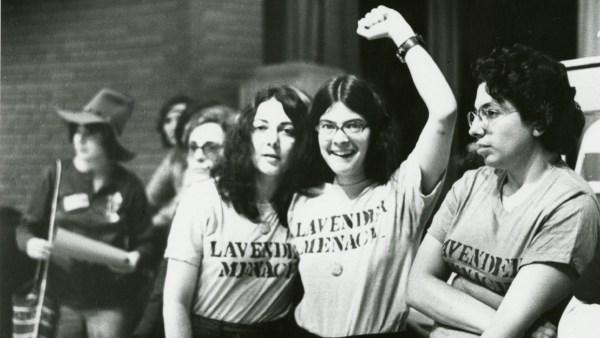 In 1949, French feminist author Simone de Beauvoir published The Second Sex, a foundational book that set the tone for the next surge of 20th-century women’s activism.

Betty Friedan followed this effort in 1963 with the publication of her seminal work, The Feminine Mystique, a work that is often associated with helping to ignite the second feminist wave in the United States.

Using these two texts as a foundation, a guide from The Women’s History Museum explores the Lesbian Feminist Movement and provides an overview of the Radicalesbians, an organization of feminist lesbians that formed in the wake of the National Organization of Women’s (NOW) exclusion of lesbian participation at the Second Congress to Unite Women.

The Lavender Menace protest at the 1970 NOW Conference had myriad effects on the feminist movement, which can still be felt today.

This Menlo Park Library program, set for Monday, Dec. 7, from 1:00 to 2:00 pm  is most appropriate for adult and high school audiences. Register online.