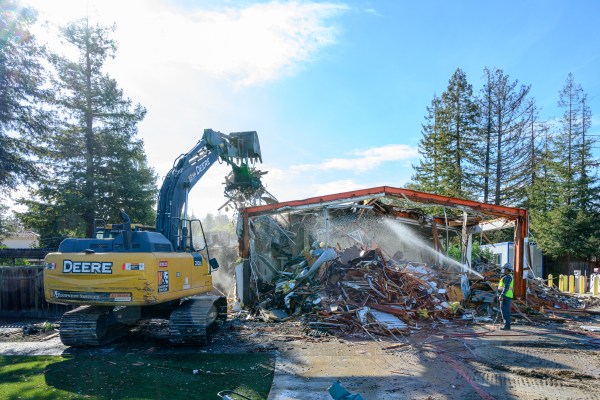 Menlo Park Fire Station No. 4, built in 1949, was demolished today.

Located at 3322 Alameda De Las Pulgas, it will be replaced with a new 13,200 square foot facility which will feature a modern two-story, three-bay drive through structure with 10 bedrooms, space for up to four response units (including a Tillered Ladder Truck), a backup emergency power generator, and a new revolutionary Drone Aerial Port.

Fire Station 4 serves one of the largest and most unique areas in the Fire District. 37% of its response area is located in the Town of Atherton (upper Atherton), 44%, is in the City of Menlo Park (Sharon Heights), 18% is in the unincorporated county areas including west Menlo Park, the Sequoia Tract, Stanford Weekend Acres and one square mile of Stanford land that includes the SLAC National Accelerator and Laboratory, which is on contract for Fire and Emergency Services. 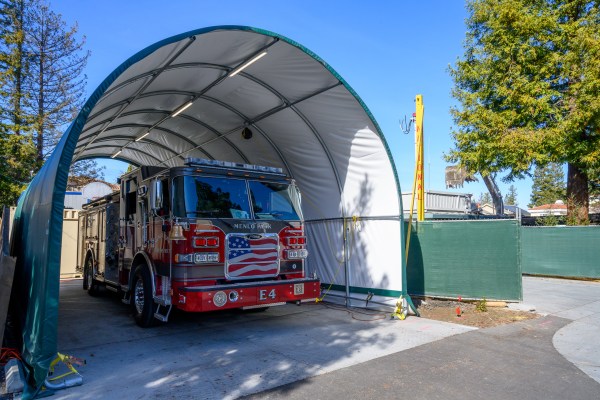 Those areas remain protected as can be seen by the photo above showing a shiny engine at the ready just behind the demolished station.

“The new facility is going to be amazing and a huge improvement, but I’m going to miss the old station and the great memories I had working there,” emailed the Chief.  “This will be my sixth Fire Station rebuild out of seven Stations over a 40-year career. We are working on Fire Station 1 next!” 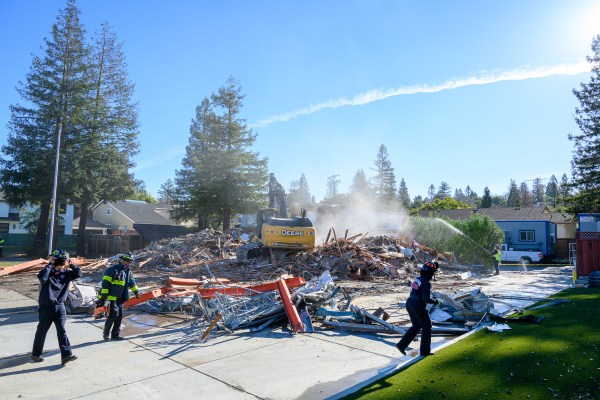 I read the story a few weeks ago about the plan, sounds OK, but WHOO just torn down. We love the service from those at this Station. Will be following the construction/upgrade.