Photographs taken over a four-year period beginning in 2010 at Stanford’s Jasper Ridge by Robert Buelteman are on display at Art Ventures Gallery through April 14, 2021.

Robert was raised in Woodside and enjoyed frequent family visits to the Searsville Lake as a child. In 1973, the Stanford Board of Trustees formally designated the 1,193 acres surrounding the lake as a biological preserve. Two years later, public access was terminated.  The land then became known as Stanford University’s Jasper Ridge Biological Preserve. 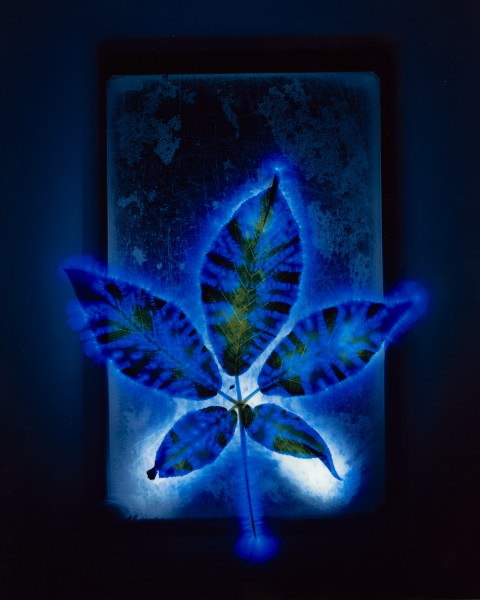 The Preserve comprises land bounded by SLAC, the Ladera neighborhood and the towns of Portola Valley and Woodside. The lower portions of the San Francisquito Creek watershed were once home to the Muwekma Ohlone Native Americans with occupation sites dating back some 5,000 years. It is a place of deep history and hosts many rare and endangered species of plants and animals, several of which are represented in Robert’s artwork.

He has long been drawn to restricted places where public access is forbidden, as with his 1995 monograph on the California State Fish and Game Refuge surrounding the Crystal Springs Reservoirs, The Unseen Peninsula. The idea of wild lands located so near the urban/rural boundaries of Silicon Valley has created a romantic allure for the photographer, as is expressed in his emotive and illuminating hand-made prints.

In 2010, four decades after the establishment of the Preserve, he was invited to hike the land by Philippe Cohen, fellow Sempervirens Fund Advisory Board member and Jasper Ridge’s Executive Director. The hike reawakened his affection for the place and its history and, being inspired by what he had seen and the University’s mission there, he asked for the privilege of exploring the land as a source for the landscape and cameraless photography for which he is known.

At the same time, Buelteman was making his unique camera-less botanical images as well, and while the facilities at Jasper Ridge proved to be insufficient to the technical demands of that technique, the abundant flora of the preserve fired his creativity in making many new images in that genre.

Beautiful and unusual work, Robert! Wishing you a big success!