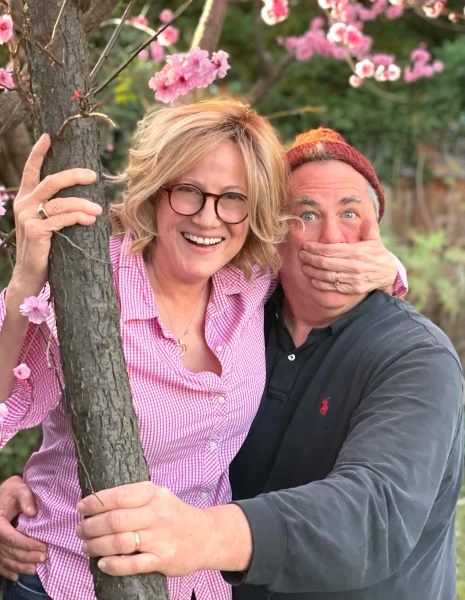 Last year, Menlo Park resident Ben Brian hit an incredible milestone with Stanford Blood Center (SBC)—his 500th donation. When asked what motivates him to give blood, among the usual answer of service to others and the free cookies, Ben mentioned that he has been consistently motivated by the dedication of his wife, Gail. She is also a milestone donor, having given blood with SBC over 370 times. The two of them often have their own “donation dates” so they can give back together.

Ben and Gail first met in college at Arizona State University (ASU) when their mutual friend set them up on a blind date. “At the time, I was a theater major, and when my friend said, ‘I want you to meet this engineer,’ I thought pocket protector and dweeby taped glasses. And when he heard I was a theater major, I think he was expecting someone a little goth,” Gail said.

“When I opened the door on our date, we were both pleasantly surprised, our expectations had been set so low!” she laughed. Both Ben and Gail said that they both “knew” they had met their match within that first week, and from that point on it was like “a date that never ended.”

By the time they met, Ben was a seasoned blood donor. “My dad wore his gallon pins when I was a kid and my mom worked the drives, so, from a young age, I knew about donation,” Ben said. “I’m pretty sure I first donated in high school, and I definitely donated in college before Gail and I met. I was even doing blood work as part of my research at ASU, so I knew about the need for research, too.” Fun fact: Ben later worked at the company that first created the Trima machine (which SBC currently uses to collect platelets). 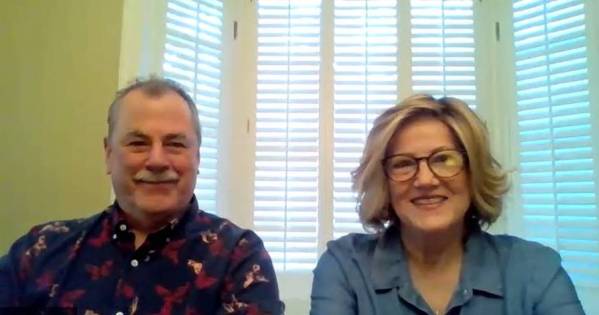 When asked how she began her blood donation journey, Gail joked, “Well, I knew he was sneaking out every Saturday morning. I tracked him down and found out it wasn’t his ‘other girlfriend’—it was the blood center!” Though Gail had been terrified of needles from a very young age, she said that going with Ben made the whole process easier than she had expected.

“When we started going together, it was like a date,” Ben said. The two didn’t have access to cable television at the time, so it was a special treat to be able to go to the blood center and watch movies shown on the blood center screens together while they donated. “Yes, just like a spa day,” Gail added with a laugh.

In addition to their service at the Blood Center, Ben and Gail have also found ways to give back to their community as foster parents. According to Gail, from a young age, she pictured herself growing up to be a foster mom without any husband or biological children. And while she is thrilled at the way her life turned out, having raised three wonderful children with Ben, she still had a longing to be a foster parent. “I just wanted to create a home where kids feel welcome,” she said.

When she and Ben expanded their home to add additional rooms a few years ago, they knew it was the right time. “The minute we had enough room for a new child, we filled out our paperwork, went to our classes, and within the first week we had our first sibling set of three: a three-month-old, a two-year-old and an eight-year-old,” she said.

The couple noted that there is a high need for foster parents in the area, especially for homes that can take multiple children at once so as to avoid separating siblings. “Splitting up siblings is heartbreaking,” Gail said. Though fostering multiple children at a time is definitely more work, being able to do so is of particular importance for the couple. “It’s traumatic enough to be in care, but to lose a sibling who has your connection, who knows you and knows what you need to make you feel safe—it’s really important to keep those children together,” she added.

After close to four years now in the program, Ben and Gail have fostered 11 children together, with several sibling groups in the mix.

Editor’s note: All blood types are urgently needed. There is a blood center conveniently located in Menlo Park.

I am glad that there is one Gail who is of service to the community. It makes up for the notorious Gail.