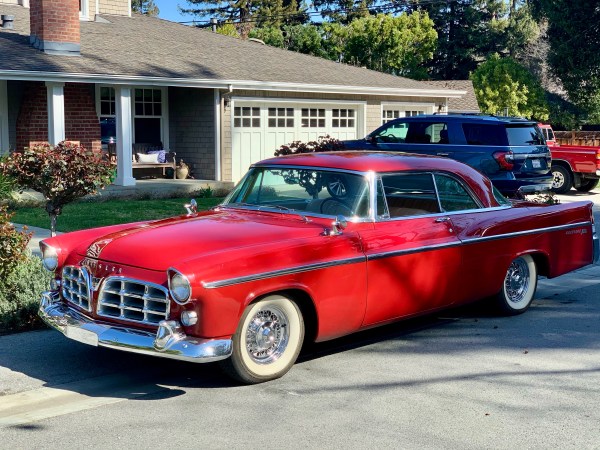 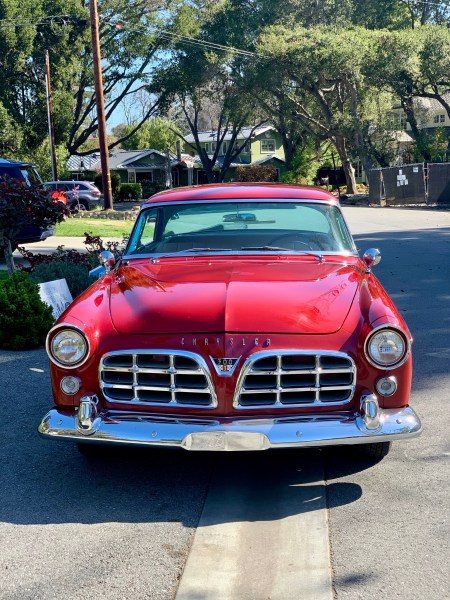 We spotted this gorgeous 1956 Chrysler 300-B (at least that’s what we think the year and model is based on a web search) on Bay Laurel Drive in Menlo Park this morning.

“The Chrysler 300 ‘letter series’ are high-performance personal luxury cars that were built by Chrysler in the U.S. from 1955 to 1965. After the initial year, which was named C-300 for its standard 300 hp (220 kW) V8 engine, the 1956 cars were designated 300B. Successive model years were given the next letter of the alphabet as a suffix (skipping “i”), reaching the 300L by 1965, after which the model sequence was discontinued.

“The 300 ‘letter series’ cars were among the vehicles built by domestic U.S. manufacturers after World War II that focused on performance, and thus can be considered one of the muscle car’s ancestors, though full-sized and more expensive.”

Beautiful car!!! We have a 56 Chrysler Imperial Limo we went to our junior prom in 1970. We used to drive it around Atherton and Menlo going to high school. Would love to get the name of the owner of the 300. Please give him my email address and I hope he contacts us.