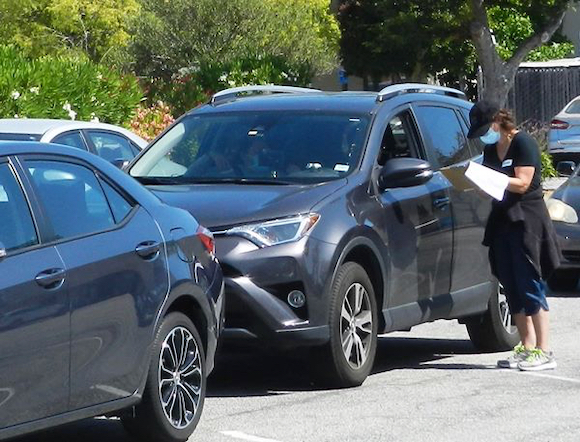 Menlo Park resident Rayna Lehman, whose work for the San Mateo Central Labor Council has provided a lifeline to thousands of union members and their families, was named the 2021 Woman of the Year for the 13th Senate District by State Senator Josh Becker. 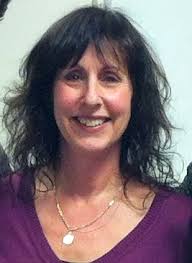 Senator Becker honored Rayna Monday evening [March 8] during a virtual meeting of the council. The accolade was a surprise.

“Rayna is a wonder, said Senator Becker. “She connects union members going through hard times to resources in the community. In normal times, this is a difficult job. During COVID, her endurance is almost superhuman. She is constantly answering phones and finding out about new services and programs to help members. Most significantly, she connected with Second Harvest to create and establish the drive-through food giveaways that feed the households of hundreds of out-of-work union members.” [InMenlo post on Rayna and Second Harvest is here.]

“Thank you, Senator, I’m overwhelmed,” said Rayna, addressing the virtual meeting of more than 75 people. “I see friends and family here, I see people who mean so very much to me, people who have supported me, people who have given me hope, given me love, and taught me so much over the years. It’s been an honor for me to do this work. To be named Woman of the Year on International Women’s Day is stupendous.”

Rayna has been the director of the AFL-CIO Community Services Program of the San Mateo Central Labor Council, in cooperation with United Way of the Bay Area, since 1982. The program assists struggling union members and their families in San Mateo County by providing access to re-employment and re-training, health care assistance, health education, child care assistance, food, community resources, and emergency services. Since last spring, she has coordinated, in partnership with Second Harvest Silicon Valley Food Bank, twice monthly food distributions that aid an average of 800 families each time (pictured top).

Now a member of Office and Professional Employees Local 29, her career includes completion of the three-year Painter and Decorator Apprenticeship program and a 17-year membership in Painters Local 15, nine of which she served as president of the Local.