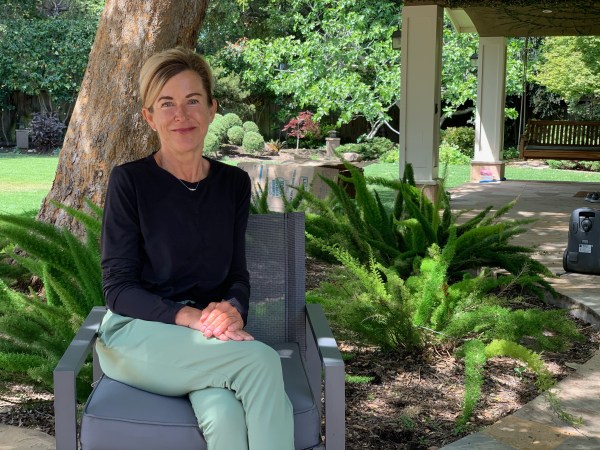 It was while working in leadership roles at Mission Hospice that Atherton resident Lisa Deal first heard about the Human Prison Hospice Project.

“A colleague came to me about supporting a relatively new organization—Humane Prison Hospice Project—whose mission was to bring hospice care into prisons by training a group of inmates to be compassionate end-of-life caregivers for their dying friends and cellmates,” she recalls. “That was when I met the Humane team, and learned of the compelling work that this amazing band of advocates was doing at San Quentin.

“During the next two years, Mission Hospice shared our volunteer training material, our volunteer coordinator helped support the inmate training, and we provided hospice volunteer certificates to those prepared as end-of-life caregivers.”

Lisa left Mission Hospice in 2019 and got involved with a number of local non-profits as a volunteer, serving on a number of boards. But the work with Humane Prison Hospice stayed with her and a few months ago, she became its Executive Director.

“It’s not about judging what these men did in their lives,” she says. “It’s showing them love and humanity.”

Tough sentencing laws in recent decades translate to a growing number of aging prisoners. They typically die either isolated in their concrete cells or chained to bed in the prison infirmary. Prison medical custodial and security staff are not trained in how to deliver palliative end-of-life care.

“With our model of training prisoners to be caregivers for the dying at San Quentin, Humane’s goal is to take this model to other prisons in California and across the country,” Lisa says. “One by one we hope to ensure that all individuals behind bars, no matter what they’ve done in their wounded lives, leaves this world feeling cared for and with dignity.”

You can learn more about Humane online, including the story of co-founder Marvin Mutch, who spent 41 years in prison after being wrongly convicted; KQED produced a documentary about his life.

This is a perfect fit for Lisa and given her passion for the project and compassion for those serving time in San Quentin and now experiencing end of life challenges.

Not committing violent crimes against others is probably the best way to avoid dying in prison.
Funny how simple facts like that always seem to get overlooked in stories like this.