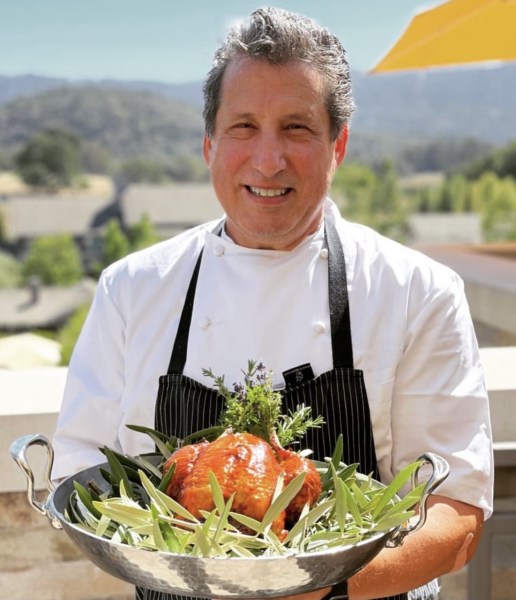 It was the roast chicken that captured our attention when dining at Michelin- starred Madera restaurant recently. Enjoyed family style as a dish for two, it was among the best we ever had, so we decided to learn more about Rosewood Sand Hill’s Executive Chef Robert Sulatycky’s style of cooking.

He was quick to explain that he draws from his Ukrainian Canadian roots, particularly from his grandmother. “She lived in the next province and when we’d visit, she’d take me and my siblings right to the garden, saying ‘This is where food comes from.’ Even now, when I think of the food she cooked, I start salivating.”

Chef Robert was also exposed to fine dining thanks to parents who dined out frequently. “It was mostly fancy French cuisine back then,” he says.

He comes from a family of attorneys and that was the path he was on, but after two years in college he realized his heart was not in it. “What I wanted to do was cook,” he recalls. “But that wasn’t cool. During a summer break, I went to my parents and told them I really wanted to go to culinary school.

“My father said: ‘You need to be happy. Just make sure you are the best at what you do.'” 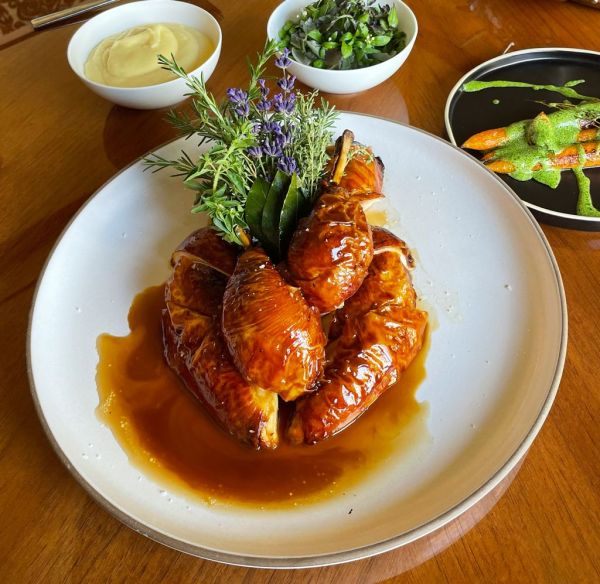 Chef Robert has fulfilled his father’s wishes. He’s maintained a strong relationship with the esteemed Bocuse d’Or competition, winning the prestigious ‘Prix Viande’ on behalf of Canada. As Canada’s highest placed finisher, he was offered the position of Head Coach for Team USA, leading them to their first-ever gold medal in 2017.

At Rosewood Sand Hill, where he took the helm in May, Chef Robert is returning to the kitchen after pursuing winery and technology related projects in Napa. In sharing and executing his guiding principle for exceptional food—sourcing the absolute best ingredients, chefs, and equipment—he says his purpose is to showcase the “complexity of simplicity,” allowing simple ingredients to shine on the plate.

He’s also extended his passion for cooking into mentorship, guiding chef candidates and providing young culinarians grants to study abroad in the best restaurants in the world.

“Being a chef is not just cooking,” he says. “When I leave this planet I want to know I’ve made a difference, and nothing brings me more joy than taking young culinarians, seeing something in them and pushing them to excel.”

Now about that roast chicken, which Chef Robert says is an example of his “complexity of simplicity”philosophy. He explains: “It starts with the product, in our case, free range heritage chickens from Root Down Farms in Pescadero. We get them fresh. We brine them for 12 hours. When they come out, we truss them and dry age them for 12 days. We roast them to order in a computerized oven that cooks them perfectly.”

Chef Robert says he loves taking simple classics and breaking the processes down to make every step perfect. As for his return to the kitchen after almost a decade, he says: “I just want to cook food and mentor people, and that’s what I get to do here at Madera.”