In new book, Steve Cadigan looks at the case for a human-centered future of work 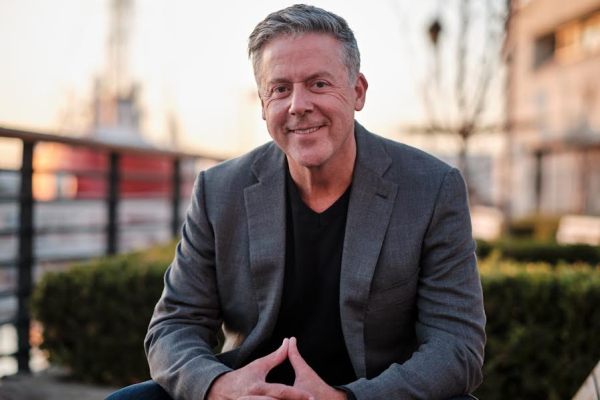 Steve Cadigan arrived in Menlo Park in 2009 after living in Canada and Singapore for a number of years. He chose Menlo because his mom lived here, and he knew about the city’s great school district. A near tragedy made him forever grateful for the choice he’d made.

“It was my twin boys who were injured in 2013 when a car jumped onto the curb near Walgren’s,” he says. “That moment cemented to me the beautiful human beings that live here. The support and caring that came our way was non-stop.”

Steve is well known for scaling Linkedin from 400 to 4000 in three and a half  years as head of HR in advance of its IPO, but he’s worked for and consulted at numerous Silicon Valley companies over the past dozen years. What he enjoys most is teaching, both as a much-in-demand speaker and through the advise he gives in his new book, Workquake, which has been in his head for a number of years. “But I’m a master procrastinator,” he tells InMenlo.

He’d taken a first crack at it five years ago, and got it going again thanks to a collaboration with  former San Francisco Chronicle business editor Thomas Lee.

“When it was 90% done, the pandemic hit,” he recalls. “So much of what I’d written about the future of work was now accelerating. The temptation right now is seeing the pandemic as an episode rather than as systemic.”

We talked about the plethora of “help wanted” signs in Menlo Park storefronts, and the struggle local restaurants and retail are having recruiting staff.

“When they were let go or furloughed, I believe they began to see the world from a different perspective,” he notes. “There were more concerns, more unknowns. Today’s workforce can see more of what is possible given their skill set than ever before.”

He notes that Workquake is a book for both employers and employees. “The framework of work is broken” he says. “We need to forge a better contract and not underestimate the power of new and the energy of chaos. There just may be a different way—and a better way.”

Workquake is available on Amazon.

Fantastic book, half way through it already. Perfect timing, right for the times!