Dan Spors: At home in the pulpit and scaling a rock wall 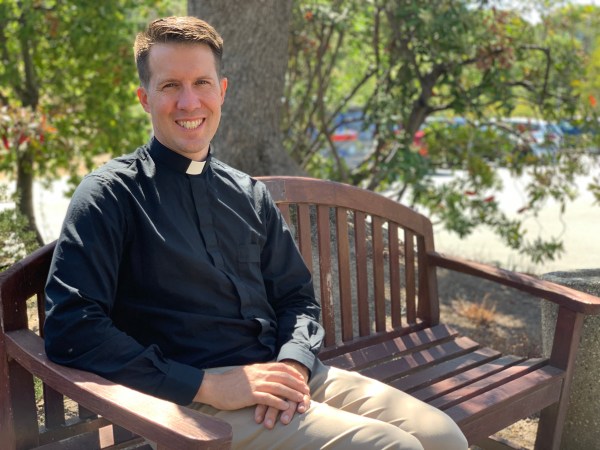 We arrived for our interview with the Rev. Daniel Spors (“call me Dan”) thinking we’d hear about his journey before becoming rector at St. Bede’s Church in Menlo Park earlier this year. And we did learn some: Raised Roman Catholic, he spent time worshiping in an Evangelical church before becoming an Episcopalian in 2010. Before he was ordained, he was a hospital chaplain.

What we were a bit surprised to discover is that Dan’s passion for rock climbing is as great as his commitment to ministry.

Born and raised in Milwaukee, he explained that he first visited California on rock climbing trips to Joshua Tree and Yosemite national parks. It was a sport that he got into during high school and is now resuming. “I have a membership at Planet Granite and have done a little outdoor climbing at Castle Rock State Park,” he said.

In a bit of irony, Dan told us that he had a tremendous fear of heights when he first began. “I’d be in a climbing gym, and would force myself up, one rock at a time.” 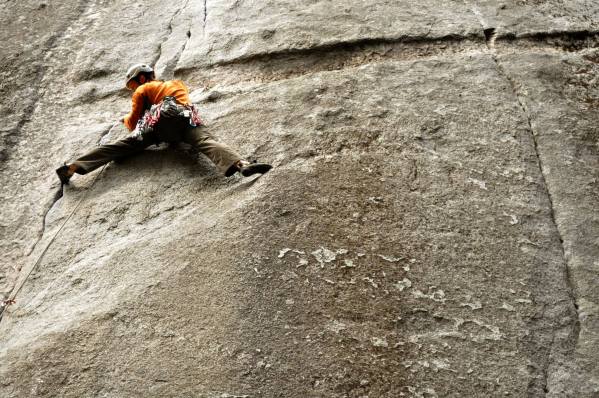 What he’s grown to love about the sport is its social aspect. “There’s always one other person and that person is helping you stay alive. Plus, it’s both mentally and physically challenging — the thrill of being 1,000 feet up on a rock wall. And the reward of completing the climb, not to mention you get to beautiful places most people don’t see!”

He’s looking forward to enjoying the other aspects of outdoor life in Northern California when his wife Ashley, who is finishing up some studies, joins him after the first of the year.

Meanwhile his early work at St. Bede’s is focusing on working to upgrade some of the technology, like the sound system, and welcoming people back to in-person worship.

“This is a community of people who get along with each other and have healthy relationships,” he said. “I feel fortunate to have landed in such a great place.”