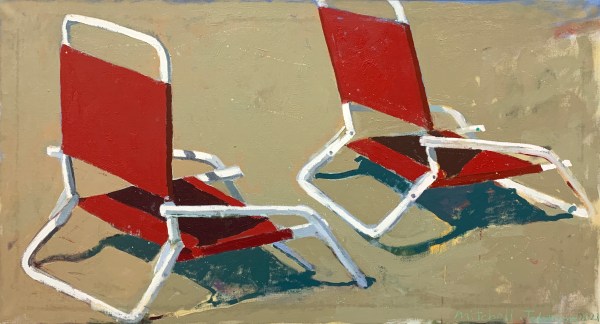 Artist Mitchell Johnson is once again exhibiting paintings at Flea Street in Menlo Park. This is his first show at the popular restaurant since Covid struck in March, 2020. Included are recent paintings from Italy and France as well as cityscapes from New York and San Francisco and his famous compositions from Truro on Cape Cod. 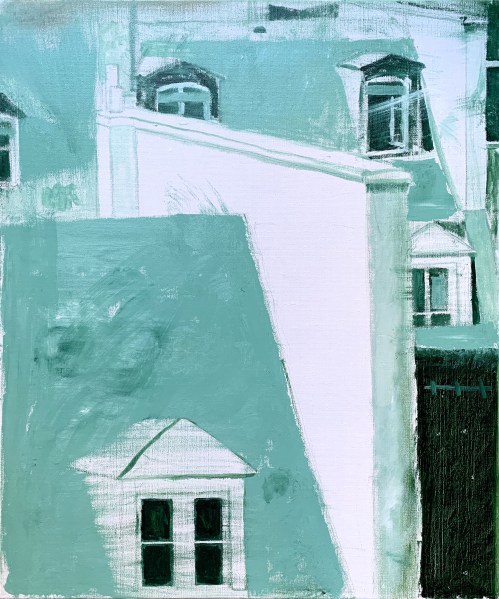 Mitchell’s early collectors Michelle and Mark Box of Menlo Park introduced him to Flea Street owner Jesse Cool back in 2011 around the same time that he was about to begin his advertising partnership with the New York Times. His paintings are now in many museum and private collections and appear regularly in national ads in Architectural Digest, The New Yorker and the Wall Street Journal Magazine. But he insists on accessible exhibits in unusual places, giving people the chance to see his paintings first hand.

On the occasion of this local show — just a mile from his house — Mitchell reflected on his unique career in the art world: “I met the Boxes because in the 1990s I was exhibiting at the restaurant L’amie Donia in Palo Alto. It was unusual for an artist to be showing at a major gallery in New York City like Tatistcheff Gallery and also at the same time hanging available paintings in a bistro in Palo Alto.

“But this was before the internet transformed the art world by providing tracking of artists’ works. I distinctly remember phoning my dealer, Peter Tatistcheff, very excited to tell him that Cisco Systems would be sponsoring my upcoming 1998 exhibit in Milan. Of course, I told him over the phone and not through email, and he said in a very unimpressed tone ‘Sysco – the food trucker?’ I still laugh when I think about how the art world was out of touch with Silicon Valley. 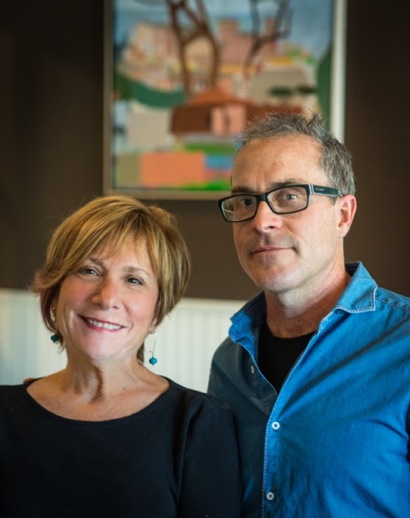 “New Yorkers were not yet seeing Palo Alto and Menlo Park written in their daily newspapers. It would take a few more years for the art world to start paying attention to our neighborhood. I’m really grateful that Jesse Cool has given me a chance to exhibit my paintings away from the art world in an intimate setting where many of my collectors from both the Bay Area and the East Coast dine.

“I regularly get emails from Bay Area visitors from Boston and New York who have seen my paintings in the WSJ or the NYT and are then surprised to look up from dinner and my painting is hanging on the wall across from their table. It’s remarkable where I’ve ended up. My inbox may be empty for a few days and then I’ll get an email from Burt Bacharach, Mindy Kaling or Jay Maisel because they were flipping through a magazine. Mind blowing.”

Peter Tatistcheff was my Uncle. It was fun to hear about him even if briefly in this article. Coincidentally, I currently work for Cisco after they acquired our company in 2013. I still have to clarify anytime I tell someone who I work for, “not the food company.” I suppose in Silicon Valley it’s a given but in the rest of the country the Sysco food trucks are still more recognizable to most folks.

Thanks for writing! What a great connection, great story. Peter was a fascinating, charismatic, gentle man. I have fond memories of him and I’m very grateful that he promoted my work in the highest profile exhibit I’ve ever had. RIP Peter. Best to your family Alex.