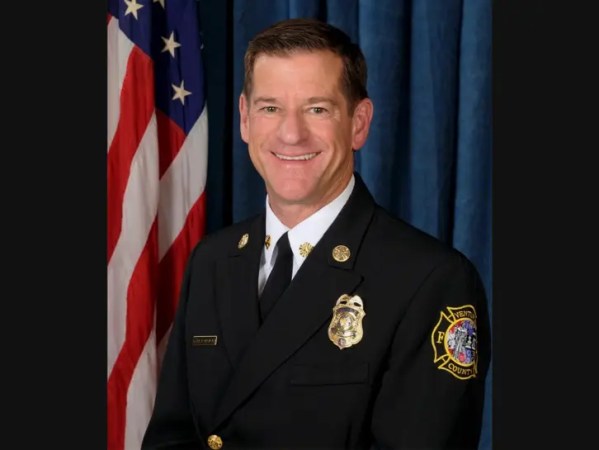 At its meeting on December 21, 2021, the Board of the Menlo Park Fire Protection District will be asked to appoint Chief Mark Lorenzen as the next Fire Chief of the District. The expected appointment comes after an extensive nationwide search. If appointed, Chief Lorenzen is anticipated to begin his service with the District in early February, 2022.

Chief Lorenzen has nearly 31 years of dedicated service with the Ventura County Fire Protection District where he spent the last decade as Chief. He holds a Bachelor’s degree in Business Economics from the University of California at Santa Barbara and a Master’s degree in Public Administration from California State University at Dominguez Hills; he is also a licensed Certified Public Accountant.

During his tenure as Fire Chief, he led his Department through multiple wildfires, the Santa Barbara mudslides, and the tragic Borderline shooting. A leader in wildland firefighting practices, Chief Lorenzen’s expert testimony led to the development of a $25 million annual state budget increase which provides resources throughout the state for wildfire prevention.

“I am excited to join the Menlo Park Fire Protection District Family and to serve the communities protected by the District. MPFPD is widely known throughout California as a progressive and high performing organization. I look forward to working with the talented men and women that have built the District’s well-deserved reputation,” remarks Chief Lorenzen.

President Jim McLaughlin observes “Chief Lorenzen brings a wealth of knowledge, experience, and professionalism and will provide strong leadership as we build on the accomplishments and strengths of our District.”

The Fire District Board of Directors will also appoint an Acting Fire Chief to serve until the arrival of a new Fire Chief as the current Interim Fire Chief, Mike Shaffer, is scheduled to retire December 30th, 2021.