Preventing catalytic converter theft in Menlo Park and nearby communities 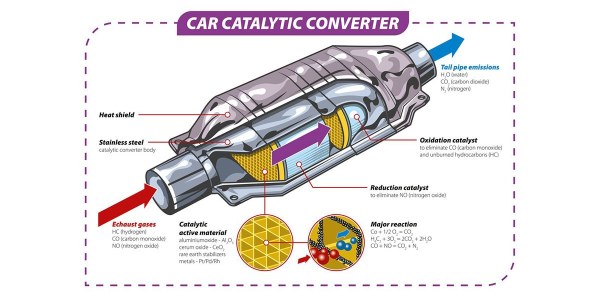 Menlo Park and cities nationwide have seen a rise in the theft of catalytic converters from vehicle exhaust systems. Toyota Priuses are the most common vehicle type being targeted right now, although several have been stolen from various other makes and models.

The police department is providing some information and prevention tips to potentially avoid being a victim of a catalytic converter theft. Catalytic converters are found underneath vehicles, and they are part of the exhaust system. They are filled with precious metals which covert pollutant gases into less harmful ones. Thieves target catalytic converters due to the amount of money they can obtain when they sell them to scrap yards.

Any vehicle’s catalytic converter is susceptible to being stolen; however, thieves particularly like vehicles which sit higher off the ground, so they can quickly and easily get underneath them and do their work. A thief can steal your converter in less than a minute with the use of some simple hand tools. 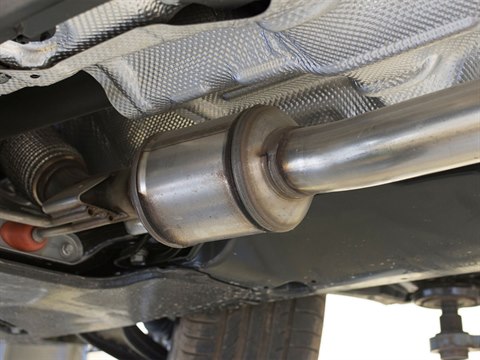 The reason for the thefts is the value of the metals used in the manufacturing of the catalytic converters. Catalytic converters contain platinum, rhodium, and palladium. The metals are expensive, and thieves sell the converters to scrap yards for several hundred dollars per piece, depending on the size of the converter and the current rate on the metals inside it. It can cost you on average up to $2000 to replace a catalytic converter, and it is illegal to drive your car without one. The resulting gap in your exhaust system also makes the car run poorly until it is fixed.

How do I know if my catalytic converter was stolen

You’ll notice a loud rumbling or roaring sound as soon as you turn on the engine if your catalytic converter is missing. This gets louder when you hit the gas. The exhaust is not working properly, so the vehicle also drives rougher than usual, often with a sense of sputtering as you change speed. Go to the back of the car and look underneath. The catalytic converter is a round canister that connects two pieces of piping in the exhaust. You will see a gaping space in the middle of your exhaust if the converter is missing, and you will likely see signs of the piping being cut away.

-Park in a garage if possible. Thieves target vehicles parked in driveways and on streets.
-Use a tool to engrave your Vehicle Identification Number (VIN) onto your catalytic converter or license plate number. Then take a photo of it.
-Make a report to law enforcement if you see anyone attempting to sell these parts, whether online or at a business. Always be skeptical of low prices.
-If you purchase a catalytic converter at a shop, ask the employee to see the part before installing it on your vehicle. The part should be new.
-Calibrate your car’s alarm to set off when it detects vibration.
-Report catalytic converter theft

If you see suspicious activity, such as hearing sawing/grinding noises at night, or witness a crime in progress, call 911 immediately. To report a catalytic converter theft that is not currently in progress, call the Menlo Park Police Department at 650-330-6300.

Our mechanic, Kevin’s Auto Repair in Mt. View, installed a cover on our 2007 Prius for $200 + $100 labor. It’s a huge metal plate that covers half the underside of the car. Took one hour. You can order the part for a little cheaper, but I let them order it. You can also order window stickers, but I printed pictures and taped them inside 3 windows. Our Prius is parked in the driveway and this gives us a little peace of mind. So far, so good. Also, during the year it seemed strange to see a young boy we didn’t know bouncing a ball next to our house number painted on the curb. I have wondered if he was scouting potential cars for thieves. Fortunately, our converter hasn’t been stolen.

Processing catalytic converters consists of cutting them open, removing the honeycomb with the platinum and melting it down. The outer casing is sold just as scrap metal. Mix them in with other scrap metal and sell to scrapyards. How are you going to trace scrap steel? No scrap yard is going to look at each piece of steel that is crushed or cut into small pieces.
The platinum and other precious metals are melted down into small balls no bigger than a pea. platinum is around $675 / oz. 1 cubic inch of platinum is .78 lbs. $675 x 16 oz (1lb) = $10,800 per pound x .78 = $8424.
Buying or fabricating a skid plate that covers them is the best solution so far