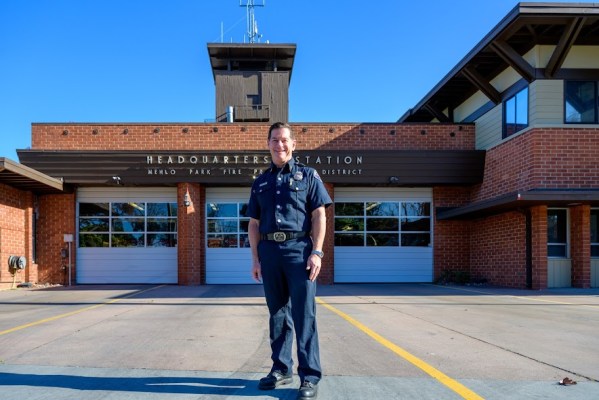 Unlike many who become fire fighters, joining the fire service was not a lifelong ambition for Mark Lorenzen, who became head of the Menlo Park Fire Protection District on February 7.

“I was an economics major at UCSB and following graduation I worked for an accounting firm for five years,” he explains. “But I wasn’t really enjoying what I was doing and after talking with my brother-in-law who was in the fire service, I was intrigued. How great to have job that you love and get paid for!” 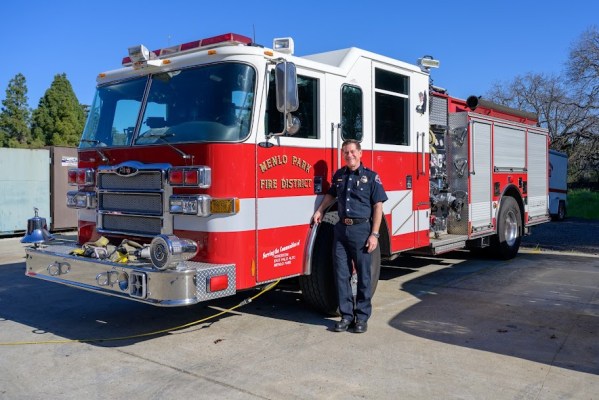 So why the move north? He did it for love!

“I’m engaged to a city attorney who lives in San Francisco,” he says. “Three years of commuter dating was enough!

“In addition, Menlo Fire has a great reputation statewide, and the structure is similar to my last district.”

One  difference is Menlo Fire’s search and rescue capabilities. “Menlo Park coordinates the joint efforts of a number of local government fire agencies as well as other participants for staffing the FEMA Urban Search and Rescue Task Force,” explains Mark. “It is an innovative and collaborative effort that is not often seen in smaller local government departments, and it demonstrates the power of California’s mutual aid system as well as the coordination of the Bay Area fire agencies.”

While still new to the district — and new to Menlo Park where he lives — Mark was immediately impressed with how incredibly engaged the district fire fighters are — and their level of competency. That allows him to concentrate on initial goals such as long term capital improvements as well as building a new fire house to replace Station One on Middlefield Road.

“Another priority is connecting with city partners like the police department,” he says. “And to make sure we are communicating with the communities we strive. We are their fire department.”

With seven stations, the MPFPD covers the communities of Atherton, Menlo Park, East Palo Alto, and some of the unincorporated areas of San Mateo County. The District responds to approximately 8,500 emergencies a year with about 60% of them being emergency medical incidents.