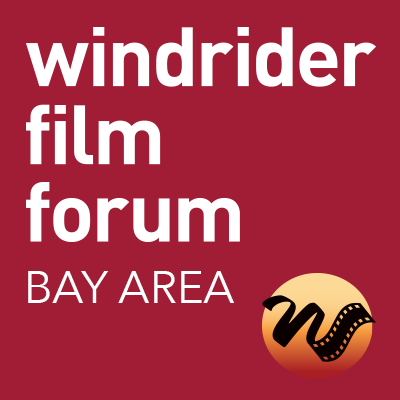 Windrider Bay Area is celebrating 13 years of independent films, compelling conversations, and unexpected journeys — and is returning with a live program at Menlo-Atherton Performing Arts Center (555 Middlefield Rd., Atherton) on June 23 and 24. The theme this year is Lens of Hope.

More than just a film festival, Windrider’s goal is to present thoughtful, uplifting films that motivate viewers to respond actively and constructively.

Come From Away screens on Thursday, June 23 at 7:00 pm. It tells the story of 7,000 passengers are stranded after the 9/11 terrorist attacks in a small town of Gander in Newfoundland, where they were housed and welcomed.

Filmed live on stage at the Gerald Schoenfeld Theater in New York City, the characters in the musical are based on (and in most cases share the names of) real Gander residents as well as some of the 7,000 stranded travelers they housed and fed. Film screening followed by audience Q&A with director Christopher Ashley. 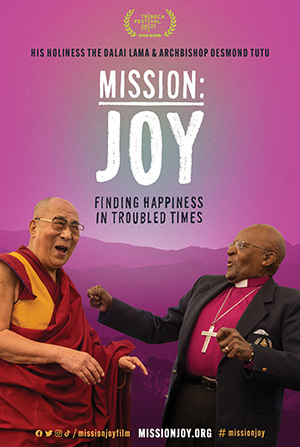 Mission: Joy (Finding Happiness in Troubled Times) screens on Friday, June 24 at 7:00 pm. Deeply moving and laugh-out-loud funny, Mission: Joy is a documentary with unprecedented access to the unlikely friendship of two international icons who transcend religion: His Holiness the Dalai Lama and Archbishop Desmond Tutu. In their final joint mission, these self-described mischievous brothers give a master class in how to create joy in a world that was never easy for them.

Film screening followed by audience Q&A with Peggy Callahan (Co-Director and Producer) Doug Abrams (author of The Book of Joy, and featured in the film) and Dr. Elissa Epel (vice chair of psychiatry at the University of California, San Francisco).

Tickets are $15 each and can be purchased online.

Can we buy tickets at the door?