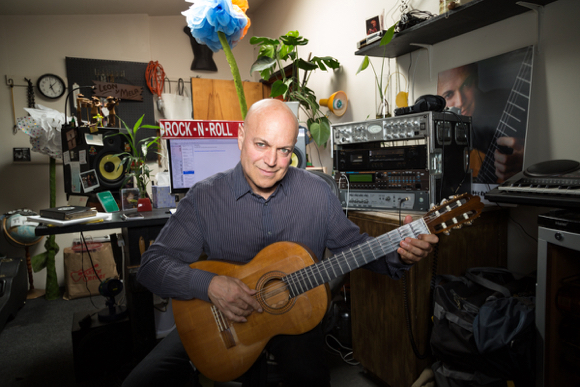 You can catch this very local talent and his distinct brand of music at the Menlo Tavern on Tuesday, July 12, from 6:00 to 9:00 pm. The Menlo Tavern is located at the Stanford Park Hotel.

We interviewed Freddy at his Menlo Park home in 2017 where this photo was taken.