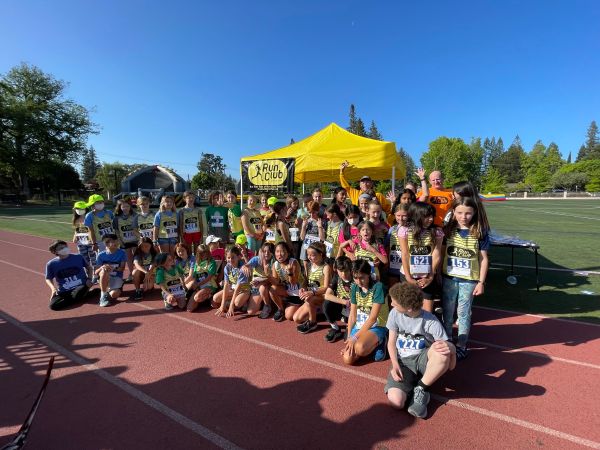 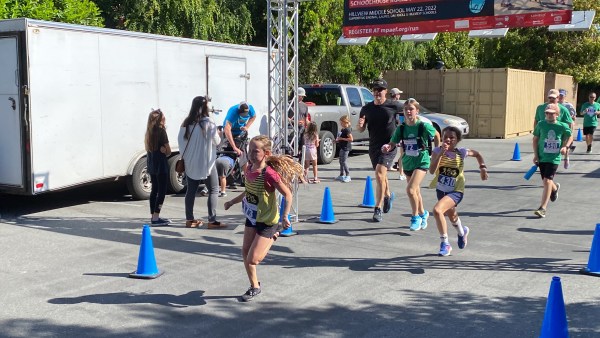 The season included 73 individual races with 41 new personal records being set and 17 top 10 finishes. Last fall the Run Club girls took the top five places at the Brisbane Turkey Trot— not just for their age group but for all ages!

Run Club Menlo Park was started in 2018 by long-time Menlo Park and Suburban Park resident (since 1996) Scott Paterson. The running program for girls will soon include boys too. Coach Scott is a former NCAA Division I Cross-Country and Track runner who ran for Dartmouth College. 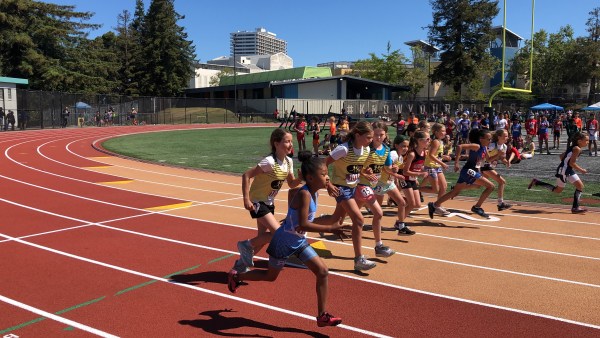 While the program is non-competitive, and there are runners of all levels from beginners to advanced level runners, it is a serious running program for all girls. Since Run Club is also an official USA Track & Field Youth running club, girls have the opportunity to compete at the local, regional, and even national level.

“The best way to keep girls running is to keep running fun (The First Rule of Run Club: Have Fun!),” says Coach Scott. “While we are having fun running, serious running techniques such as pace, form, endurance, and speed are taught. Practices include games that are woven into the workouts and a social-emotional theme such as Gratitude, Compromise, and Burden versus Opportunity among others.”

Fall Season starts on September 6th including the first season of a team for boys! See the Run Club Menlo Park website for more information.