Peter and the Starcatcher is M-A Drama production 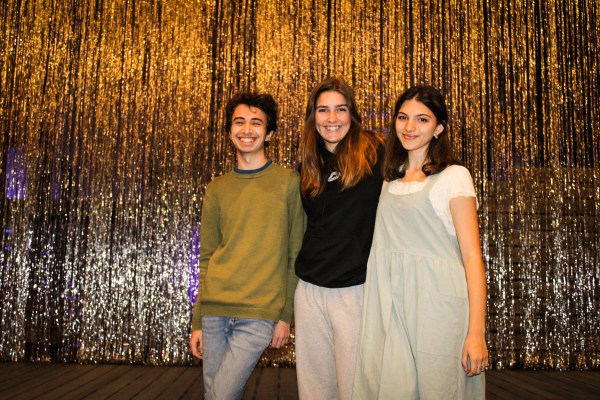 Peter and the Starcatcher, the story of the Neverland you never knew, opens on Thursday, November 10, and there are six performances over two weekends at the Menlo-Atherton Performing Arts Center.

A young orphan and his mates are shipped off from England to a distant island, knowing nothing of their secret precious cargo. When the ship is taken over by pirates, the journey quickly becomes an electrifying adventure, exploring the depths of greed and despair — and the bonds of friendship, duty, and love.

InMenlo visited with three cast members (pictured left to right): Jackson Bryman who plays Black Stache (and has been the vocal coach for the production), Margaret Donald who plays Mrs. Bumbrak and Sofia Preston who plays Molly.

Jackson, who comes from a musical family and has been performing since grade school, told us he has a “penchant for playing older characters,” such as his role as Otto Frank in the Diary of Anne Frank. He is enjoying Starcatcher much like he enjoyed last year’s Old Man and the Old Moon because “neither play takes itself seriously.”

Now a senior, Margaret has been involved with M-A productions since she was a freshman and said she “loves the community the cast becomes.” She’s enjoying the way her character talks, explaining “she uses hard consonants to it’s fun to speak.”

Sofia started in musical theater when she was in preschool and is enjoying playing a kid in Starcatcher. And while she’s played the lead in a number of productions over the year, she says “this lead stands out because it’s fun, British and hilarious!”

Tickets are $10 for students and $15 for adults. Available at the door or at M-A Drama.