Willows neighborhood landmark will soon be on the move 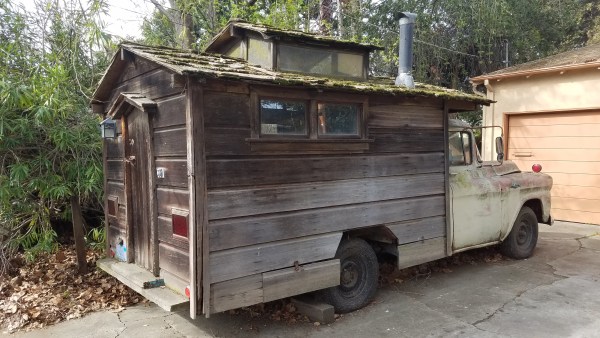 Longtime Willows neighborhood residents MaryAnn and Eric Sabelman have had their house-truck parked in the driveway for so long that some passers-by think it is part of the house itself. Soon it will be absent.

“Our cabin-on-a-truck (known as the “Trundlehouse”) was built on a 1959 GMC pickup by MaryAnn and me in 1971, using old-growth redwood that my father had saved from a house built around 1900,” emails Eric.  “We drove in it to Canada that year and to Lassen for our honeymoon in 1972 [photo below].  We traveled and lived in it from time to time, but not after moving into our Central Avenue house in 1979.  After that, it was mostly our children’s playhouse.” 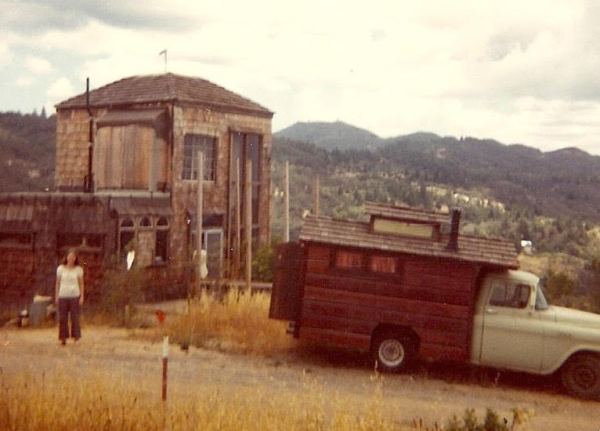 The Trundlehouse is being donated to Youth Spirit Artworks in Oakland to be used as a guest room and eventual auction at a fundraiser.  “It is a good match, since their main project is a Tiny House Village for young people,” explains Eric.

Since the Trundlehouse is not road-worthy it will be carried to Oakland on a trailer.

The Sabelmans, too, are on the move to a retirement community in Sonoma County.

I will miss passing it on my walks.