Joe Cloward acts in community theater — next up The Spitfire Grill 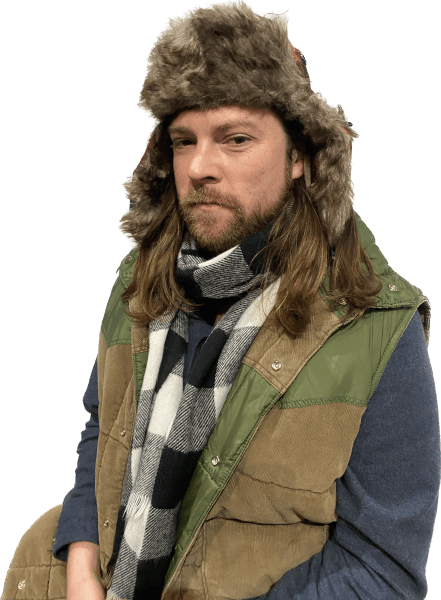 Menlo Park resident Joe Cloward says he’s a theater person at heart, one that has recently embraced community theater. On leave from his PhD pursuits at Stanford to be a stay-at-home Dad to 15-month-old twins, he’ll be appearing in the ensemble of The Spitfire Grill, which will be performed by the South Bay Musical Theatre (SBMT).

“I’m lucky I married a theater person,” he says. “I love to act more than she does, and she’s the one who got be back into theater.” [Note: Joe’s wife teaches drama at Menlo School.]

Joe’s credits include Los Altos Stage Company’s recent production of The Secret Garden as wells She Loves Me at SBMT. What he’s experiencing as part of The Spitfire Grill is new.

“This is my first time being a understudy for a role,” he says of understudying the role of Caleb. “It’s a lot of work without getting the reward of performing. That said, I’ve really enjoyed learning the process and how it works.”

Joe’s other challenge: As written The SpitFire Grill does not have an ensemble. “So, when the decision was made to have all the understudies, it was also decided to have them on stage,” he says. “The show takes place entirely in the Spitfire Grill, so we needed to come up with what the ensemble characters would be doing from scratch.”

Note: Joe’s “addiction to community theater” will continue. He’ll appear in Next to Normal with the Sunnyvale Community Players starting April 22.

I’m so proud to meet Joe and to perform with him in ensemble and understudy. 🙂